Twenty of the Friends met in the Chiswick House car park beside the A4, and proceeded to the house via the glorious gardens. We had organised a guided tour, so were given much background and history to the house and gardens. I didn't take notes, so am using the information provided on the Chiswick House website for the bare essential details:
Chiswick House is a magnificent neo-Palladian villa set in beautiful historic gardens in west London. A £12.1 million project has restored the gardens which were unveiled in June 2010.

Built by the third Earl of Burlington in 1729 to showcase his art collection and to enthral his guests, the house continues to display many spectacular works of art and provides a stunning venue for entertaining.

The gardens at Chiswick are the birthplace of the English Landscape Movement and have inspired countless gardens including New York's Central Park.
http://www.english-heritage.org.uk/daysout/properties/chiswick-house/
The photos convey something of the splendour of the gardens and house: 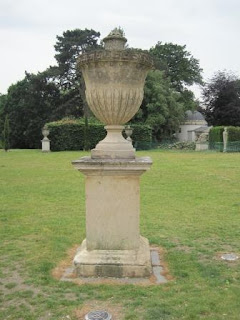 The 'garden furniture' is so attractive. 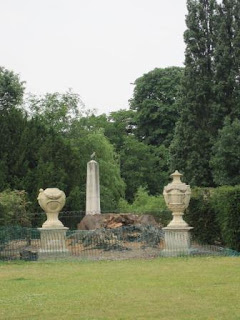 More urns, and an obelisk with a heron on top, just visible. 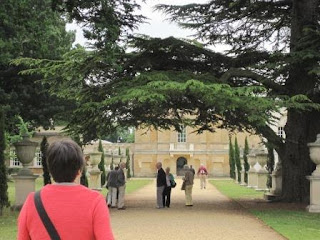 The group approaching the house form the car park. 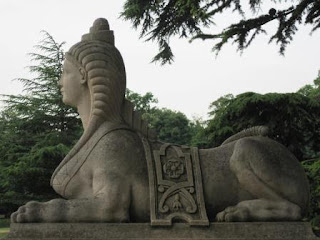 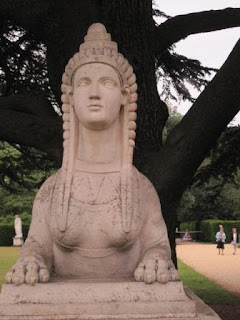 And below the front of the house where we had the first part of our talk. 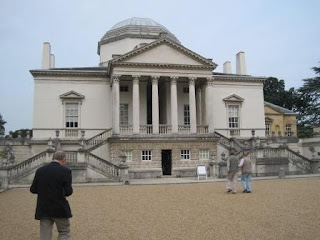 We started the visit in the hexagonal room below, listening was made much easier by the introduction of very good quality folding stools. Our guide, Hans, talked quite a bit about the meaning of signs and symbols in paintings and architecture and recommended a book whose title and author evades me for the moment. I will find out and add it.
There is a lack of furniture in the house because it was taken by the last occupants.
After we had been shown around, I took a few photos of my favourite areas. 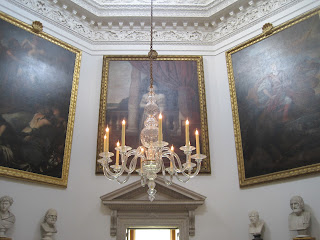 There was a lot of gold paint used to decorate the interior as shown below: 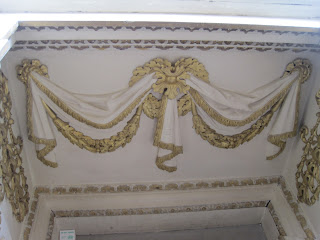 This is a curved ceiling: 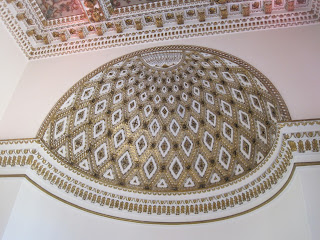 A lovely fireplace, as you can see, it's quite small, this is because the house itself is not that large, in fact smaller than usual grandiose furniture was made for it. 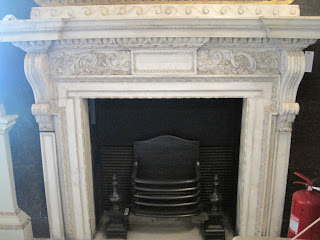 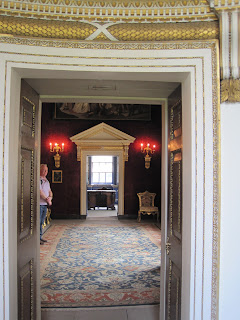 Above more gold around the door, and a view into the blue study at the far end.


And below a view of the garden. 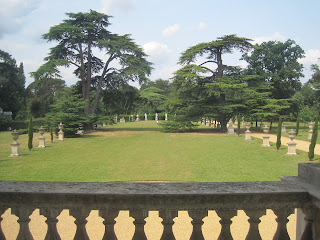 Below there is a photo of the blue furry wallpaper in the study. 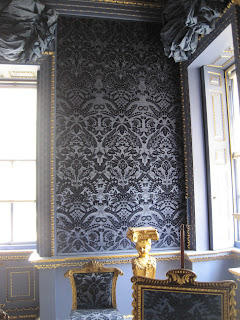 After the tour of the house, we walked to the cafe via the Italianate garden with its huge Magnolia conservatory with Magnolias dating back to the 19th century. 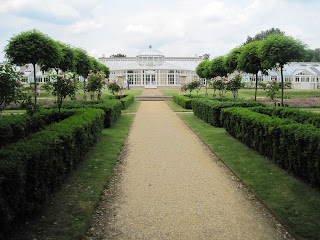 A particularly beautiful urn, not easy to see in the bright sunshine. 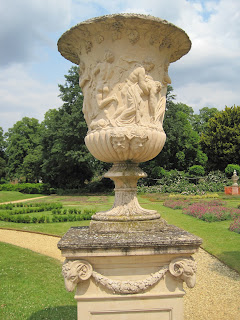 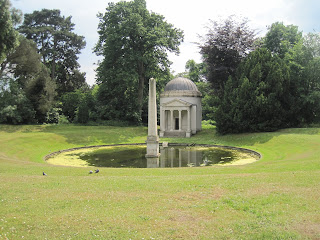 Above a delightful Doric temple in an amphitheatre. 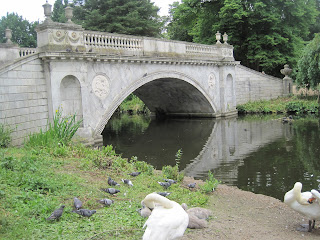 There are two bridges, one at either end of the lake, the one above very grand, and the one below like a grotto. 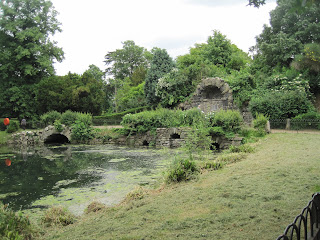 And from Chiswick House, we walked the short distance to Hogarth's House which is a delight, it is free to get in and not only has much of Hogarth's prints on display, but also reminds us that this area of London was once countryside. 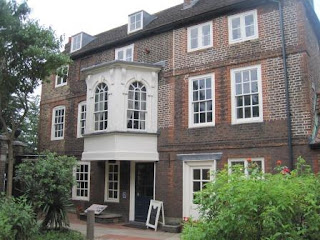 Above the outside of the house, and below paintings Hogarth did of his 2 sisters 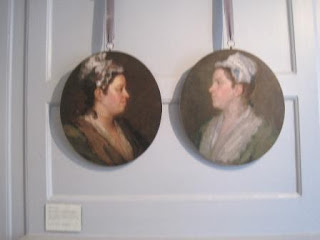 The print below is an example of the woeful state many people found themselves in due to venereal diseases and excessive alcohol consumption. 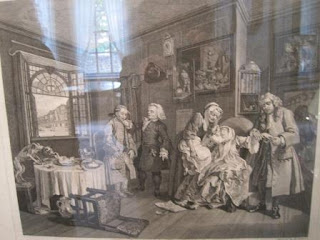 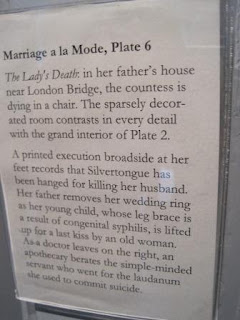 Notes of the meeting on Friday evening before the talk will be circulated soon.
Posted by Friendsof Swindon Museum and Art Gallery at 01:47 No comments: