A talk by Bryn Walters, director of the Association for Roman Archaeology, on the prehistoric hill figures thta were lost from Foxhill during the late 1960s.
This talk is at the Swindon Museum and Art Gallery on Bath Road,  come along by 7.30pm tomorrow night for what promises to be a fascinating talk.

Posted by Friendsof Swindon Museum and Art Gallery at 16:23 No comments:

From the books, we went to the chapel to see the Spencer Stanhope paintings, six of the subjects taken from the Old Testament and six from the New Testament, they are in the style of Burne-Jones. His secure financial position meant he could live in Italy and pick and choose commissions, so his works are quite rare. He is apparently best known for his murals in the Oxford Union.
I will pick three photos of the paintings which are very entertaining once you know their titles: 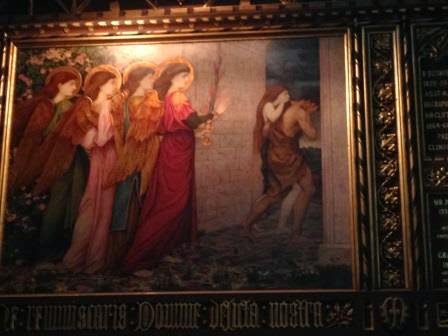 Above 'The Expulsion from Eden' 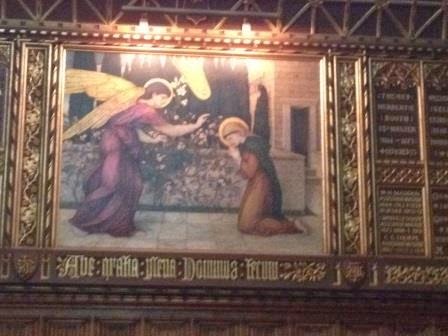 Below 'Abraham Entertaining the Angels', unsure what the one above is called. 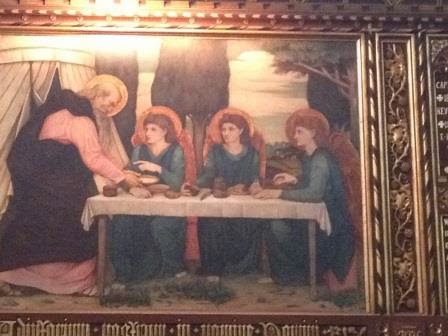 I didn't photograph the Burne Jones window or the Eric Gill carving. More on the chapel on the website: http://www.marlboroughcollege.org/about-us/facilities/chapel/art-architecture/
From the chapel, we walked round the Mound constructed at the same time as Silbury Hill, and although smaller is very impressive: 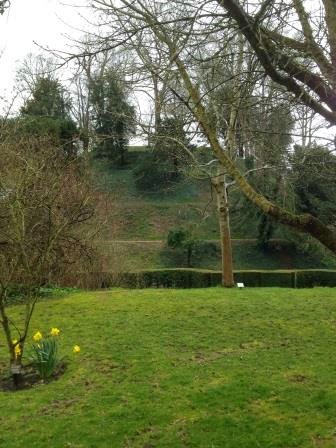 It also has its own grotto: 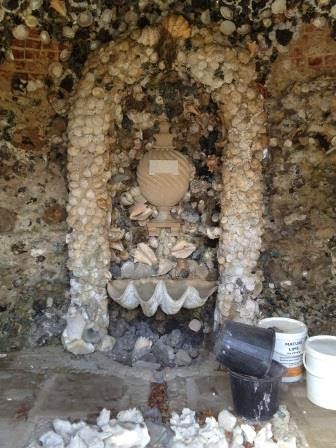 From here, we walked back to St. Peter's church for lunch at the cafe in there and then up the 165 steps to the top of the church tower, taking in the bell ringing platform and the magnificent clock mechanism on the way up. The view once at the top was literally breathtaking on what was quite a windy day. Marlborough High Street looked good: 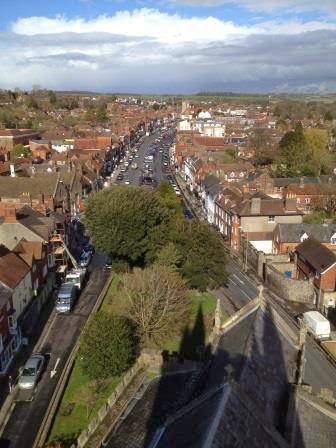 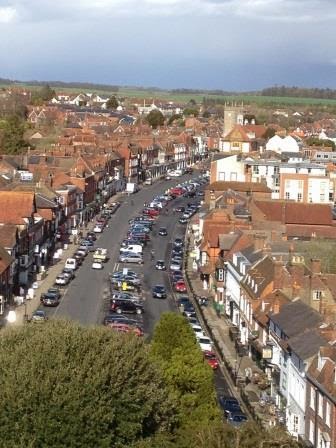 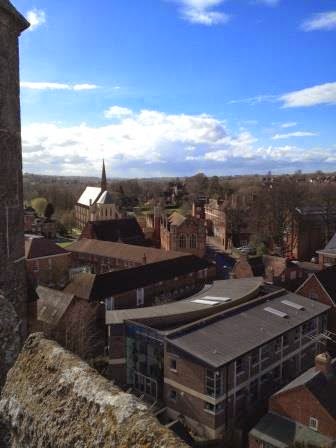 And this church steeple: 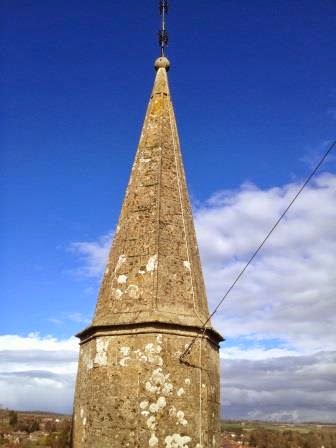 There was also a guided tour of the church, now deconsecrated which I missed.

Posted by Friendsof Swindon Museum and Art Gallery at 14:50 No comments:

Ray Ward was kind enough to organise a trip to Marlborough College which took place last Friday, 21st of March, not knowing anything really about Marlborough College, I was not sure what to expect. There was a lot to see and take in, and without taking notes for the whole trip, what follows is essentially a photo report of the trip.
The trip started rather well with a sighting of a duck and ducklings in the Priory Garden beside the river: 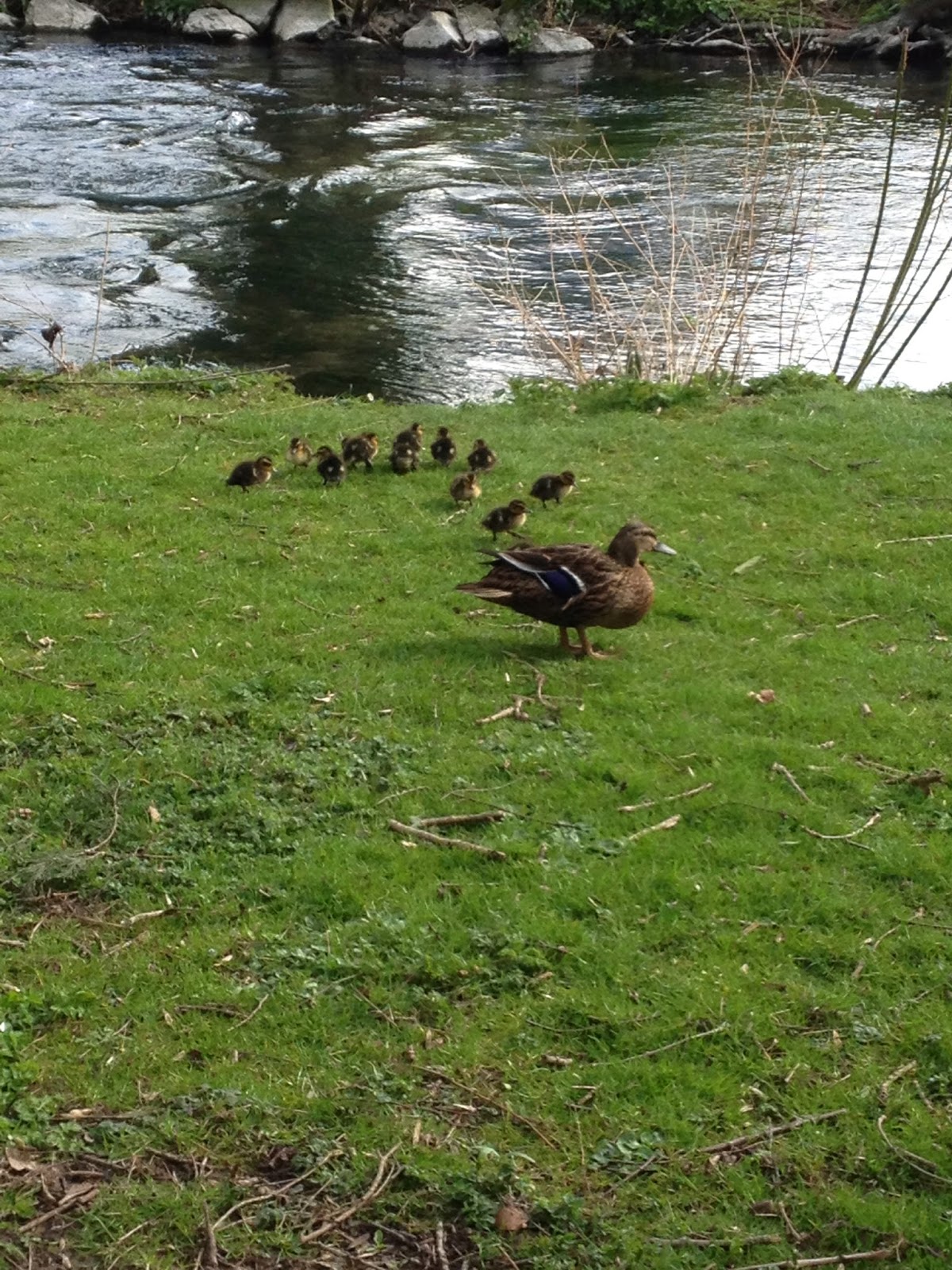 I had never walked through the gardens to get to the High Street before and was impressed with the Priory building which is constructed of large stone blocks and an infill of flints between them making a very pleasing pattern as can be seen in the close up of a window below: 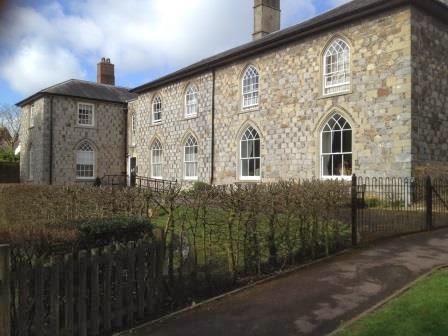 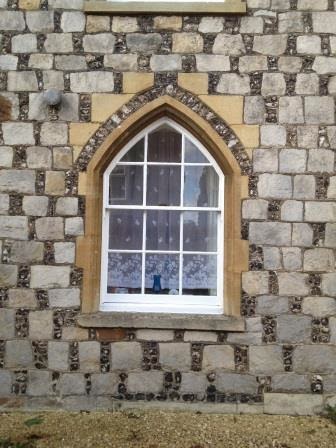 After meeting at St. Peter's church, we walked round the corner to Marlborough College which has a series of buildings around a central grassy area.
From there we walked around to C building which started life in the 1700s when it was an upmarket coaching inn for travellers en route from London to Bath. The advent of the railways meant traffic was diverted away from Marlborough and the building was then used as a school for clergy before becoming Marlborough College in 1842 when the other building were added.
We went into the smoking room of C building and looked at some of the wonderful book collection with Simon McKeown who has given the Friends a talk on the old bible collection.
I was particularly impressed with a book about Avebury by William Stuckley: 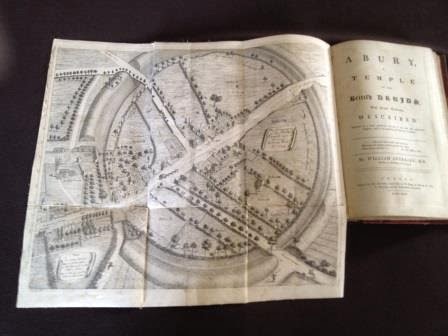 Above the recognisable map, and below opening page describing it as a temple of the Druids 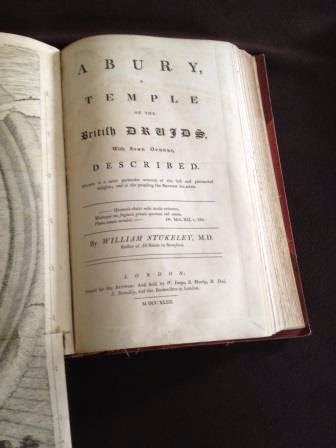 An old map of the college and grounds when it was owned by Lady Hertford in 1735: 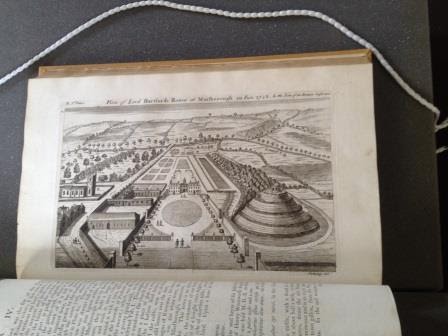 The circular area of grass seen there remains the same, and the Mound is clearly seen on the right of the picture.
Here is a portrait of Lady Hertford : 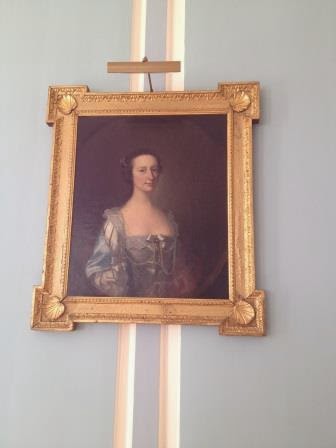 We were then treated to Gould's Book of British Birds from 1873, it's in 5 volumes, there were 250 made, each with 340 engravings beautifully hand painted. 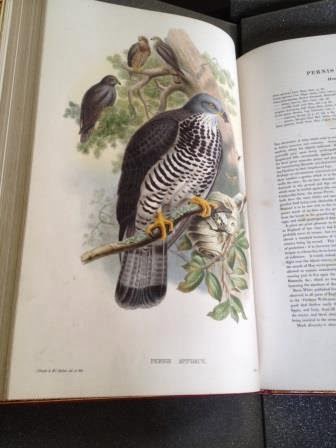 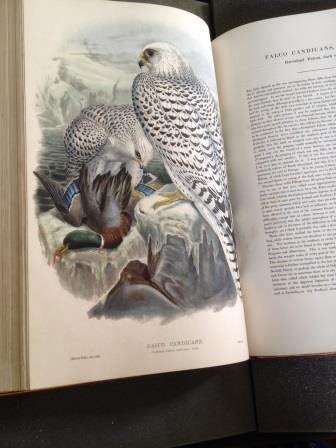 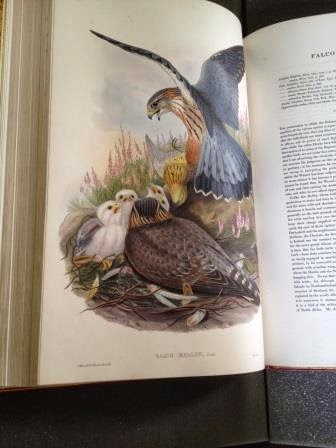 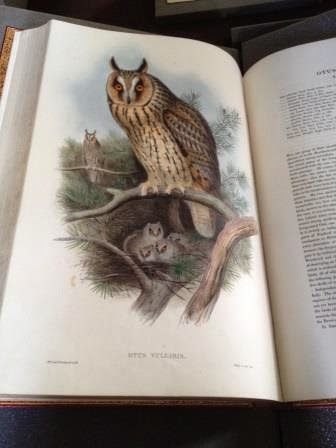 Gould was very keen to show as much detail about each bird as possible, it's habitat, diet and all stages of its development. A beautiful book.
This entry is long enough now, I'll continue in part 2.

Posted by Friendsof Swindon Museum and Art Gallery at 14:13 No comments: