The Postbox Past and Future

This was a talk given by John Fell on 30th May, I took some notes, so I'll give a condensed version of my notes. John has 77 postboxes and is passionate about them. He was originally a welder, but then as his interest in the postboxes grew as he began collecting and renovating them, and worked for Royal Mail.
Penfold designed the original post box in 1852, the first one being in the Channel Isles. When the railways were introduced, people travelled more, were more affluent and educated and began writing to each other. The first postboxes were green, changed later to red. There were free standing pillar boxes,a nd wall boxes which were much cheaper to produce. John showed us photographs of lamp boxes which were attached to gas lamps.
The only locks ever used in post boxes are Chubb ones, their trademark is a fish.
WT Allen also produced a lot of postboxes. Royal Mail have sold quite a few of their postboxes as they failed to operate properly in some way, maybe the locks stopped working, or the doors leaked. If bought, they have to be hung away from the thoroughfare and painted black or green to show they are not in use.
The British Postal Museum and Archive is on the Debden Industrial Estate in Loughton, Essex, their premises are too small, and they did consider relocating to Swindon 5 years ago. There is a very good postal museum in Bath, and some of the best postboxes are to be found in Cheltenham. There is also a very old postbox in Dunster.
John brought along 4 postboxes: 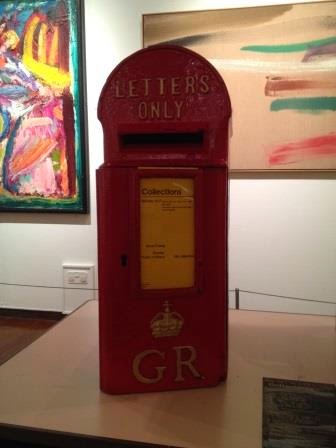 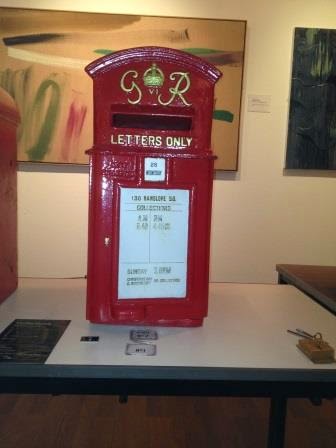 and below one John is renovating, but not yet painted 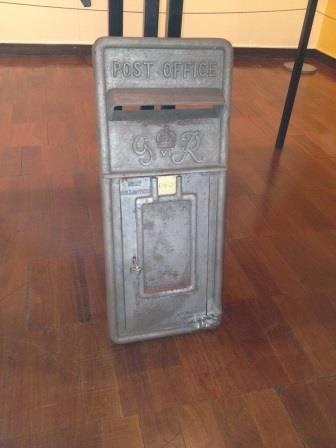 Below is a Elizabeth II one 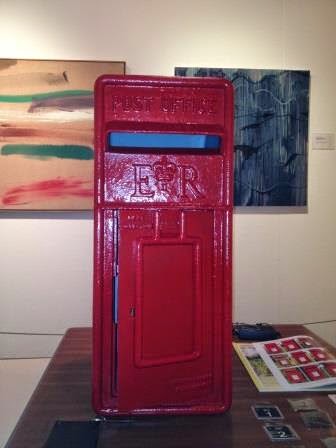 This is a page from a magazine called 'Letterbox Study Group' 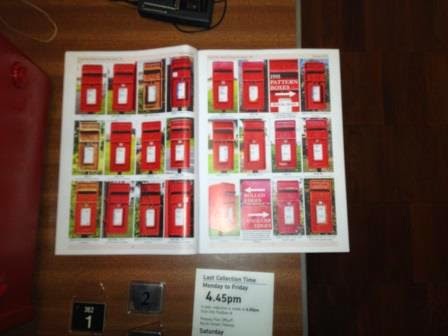 And lastly, a photo of John talking to the group with the boxes at the front, and the Action! exhibition still on the walls: 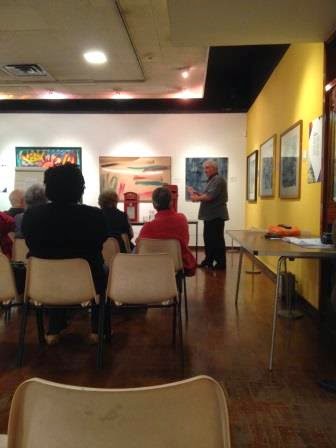 Lastly, there have been postbox forgeries made in China, they are very easy to spot because they are riveted together and got the making all wrong.
Posted by Friendsof Swindon Museum and Art Gallery at 14:40