On Friday 31st October, Magnus Quaife was in conversation with Sophie Cummings at an event organised by the Contemporary Arts Society, CAS and the Paul Hamlyn Foundation.
Before the event started, Ellen Mara de Wachter explained a bit about the CAS whose aim is to facilitate the acquisition of new work to galleries throughout the country; founded in 1910, the CAS has been instrumental in bringing 40 works of art to Swindon's collection since we joined in 1945, including Augustus John's 'Smiling Women'.
This year, the CAS donated 3 works by Magnus Quaife to our collection, and they arranged for him to come along and talk about his practice.
His practice involves an exploration of the significance and circulation of images and cultural artefacts through painting and curating.
The three pieces are watercolour paintings from the series 1968 and Other Myths were prompted by the 40th anniversary of events in 1968, and the fact that his Mother had been in Paris in 1968 when the student uprisings were taking place, and became interested in iconic images available on the internet from this time. 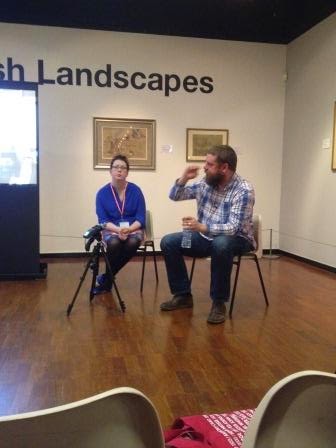 Above Sophie and Magnus at question time, and below the computer projecting images and 'Miss Iceland' in the background 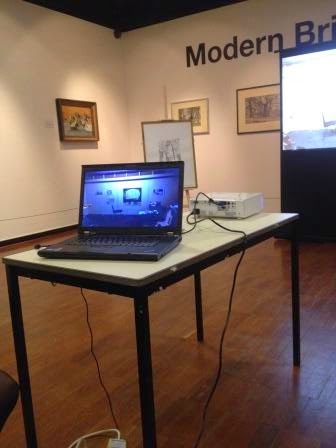 Another one of Magnus and Sophie 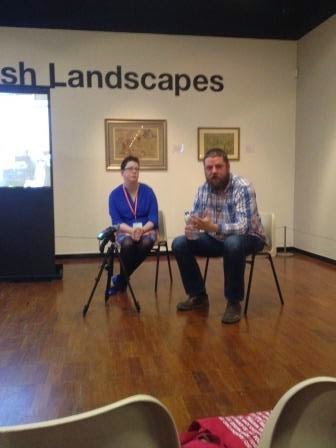 The three paintings we have are below: 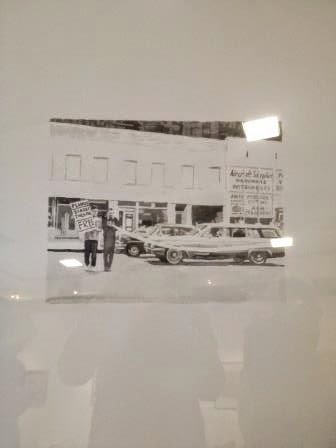 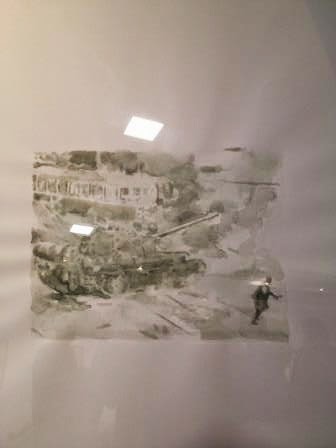 The one above is 'Prague Tank' and 'Miss Iceland' is below 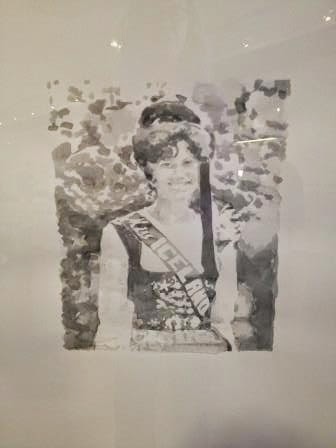 More information on the three paintings here:http://www.swindonlink.com/news/swindons-art-collection-receives-a-boost
I've included another picture form the series below: 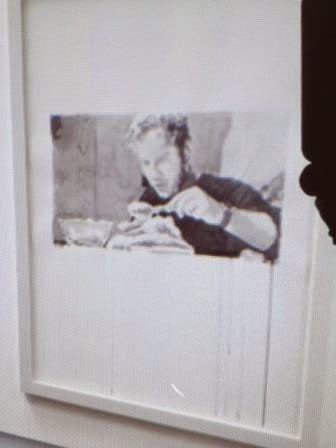 It was a very interesting evening, lots of people attended and asked questions, and at the end, Magnus Quaife said what a great honour it was to have his work in the Swindon Collection. 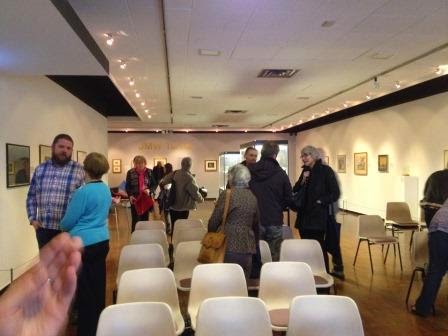 Posted by Friendsof Swindon Museum and Art Gallery at 13:50