The Latest Frameworks Events in Swindon, Bath, Bristol and Cheltenham 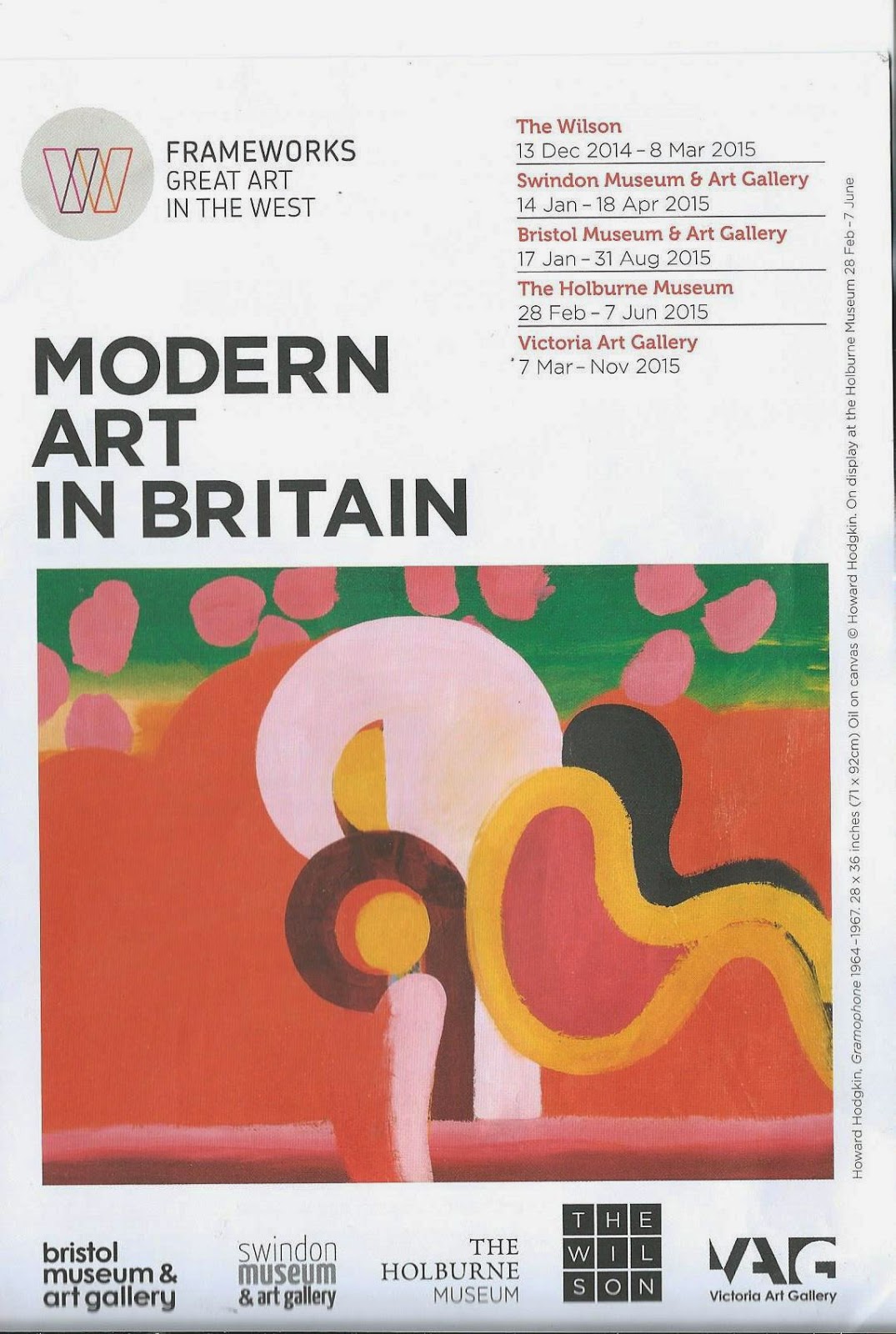 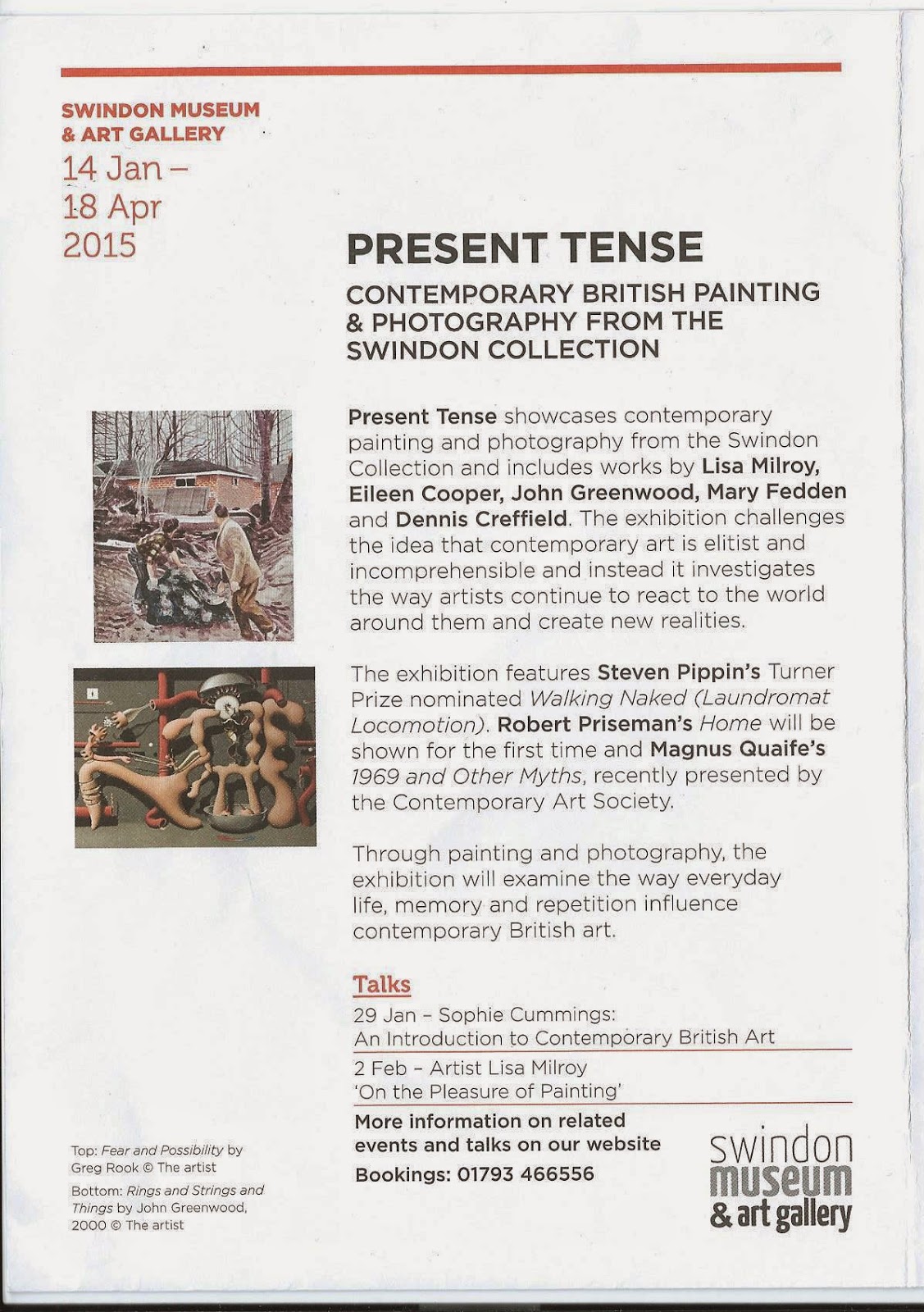 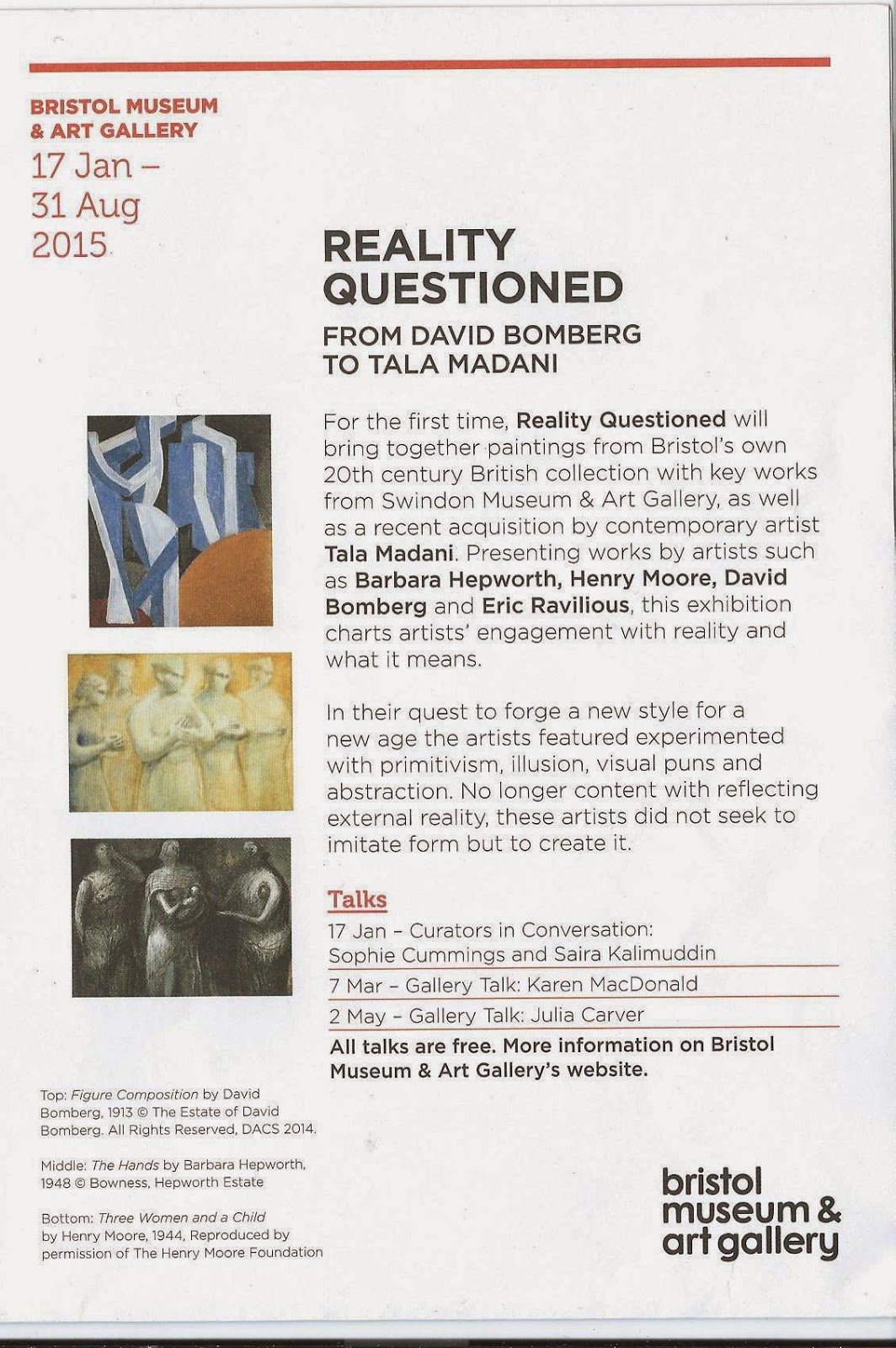 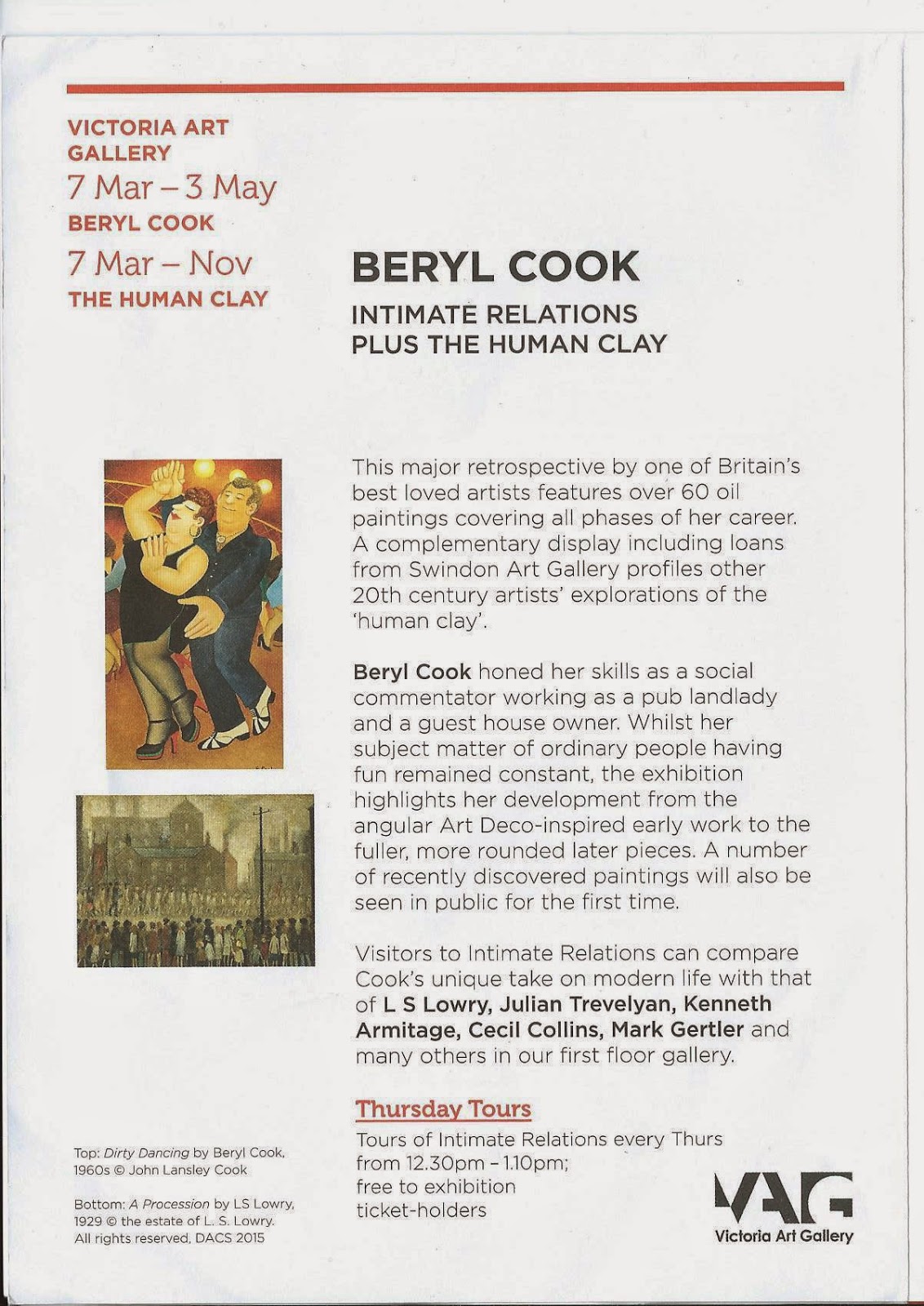 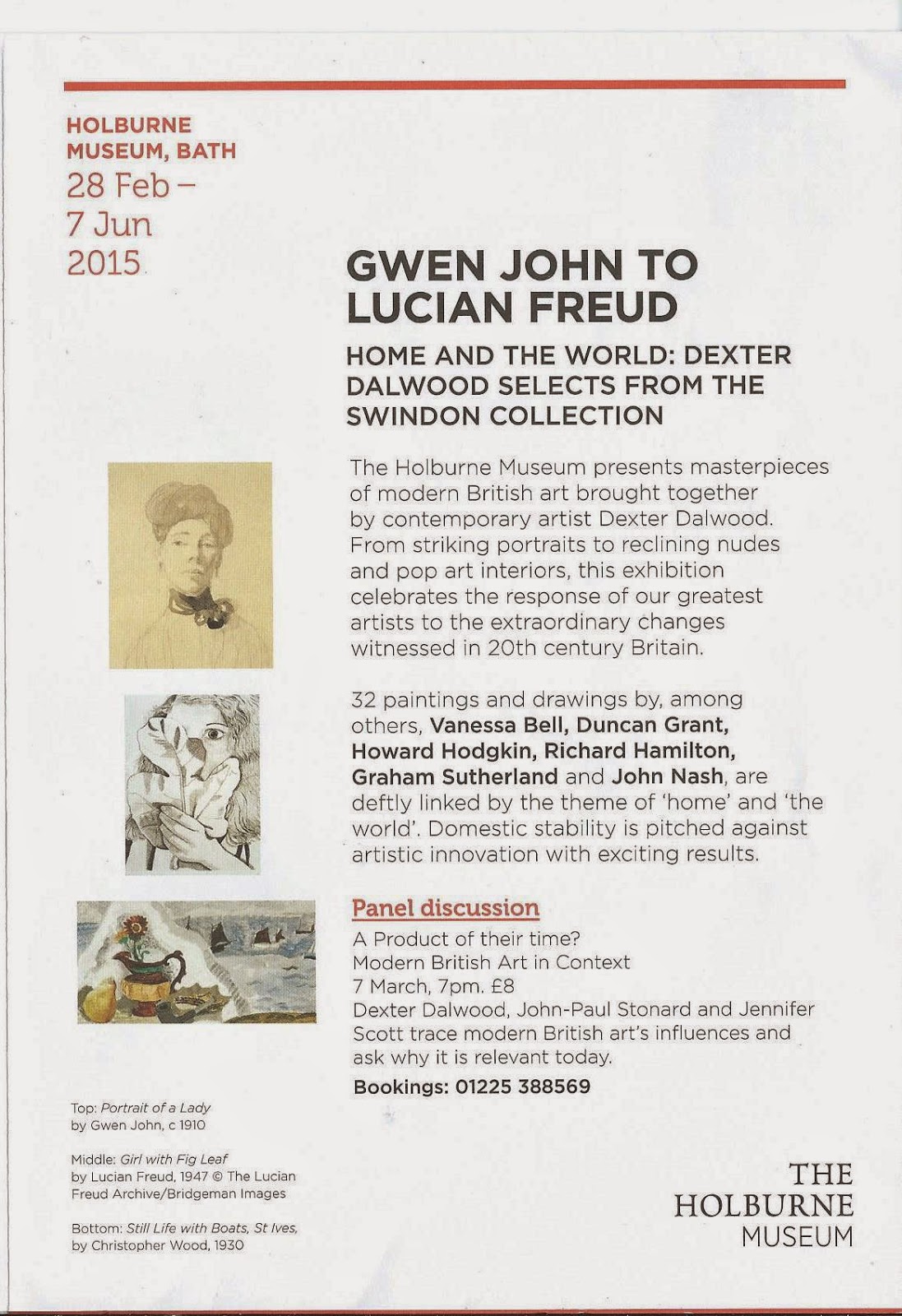 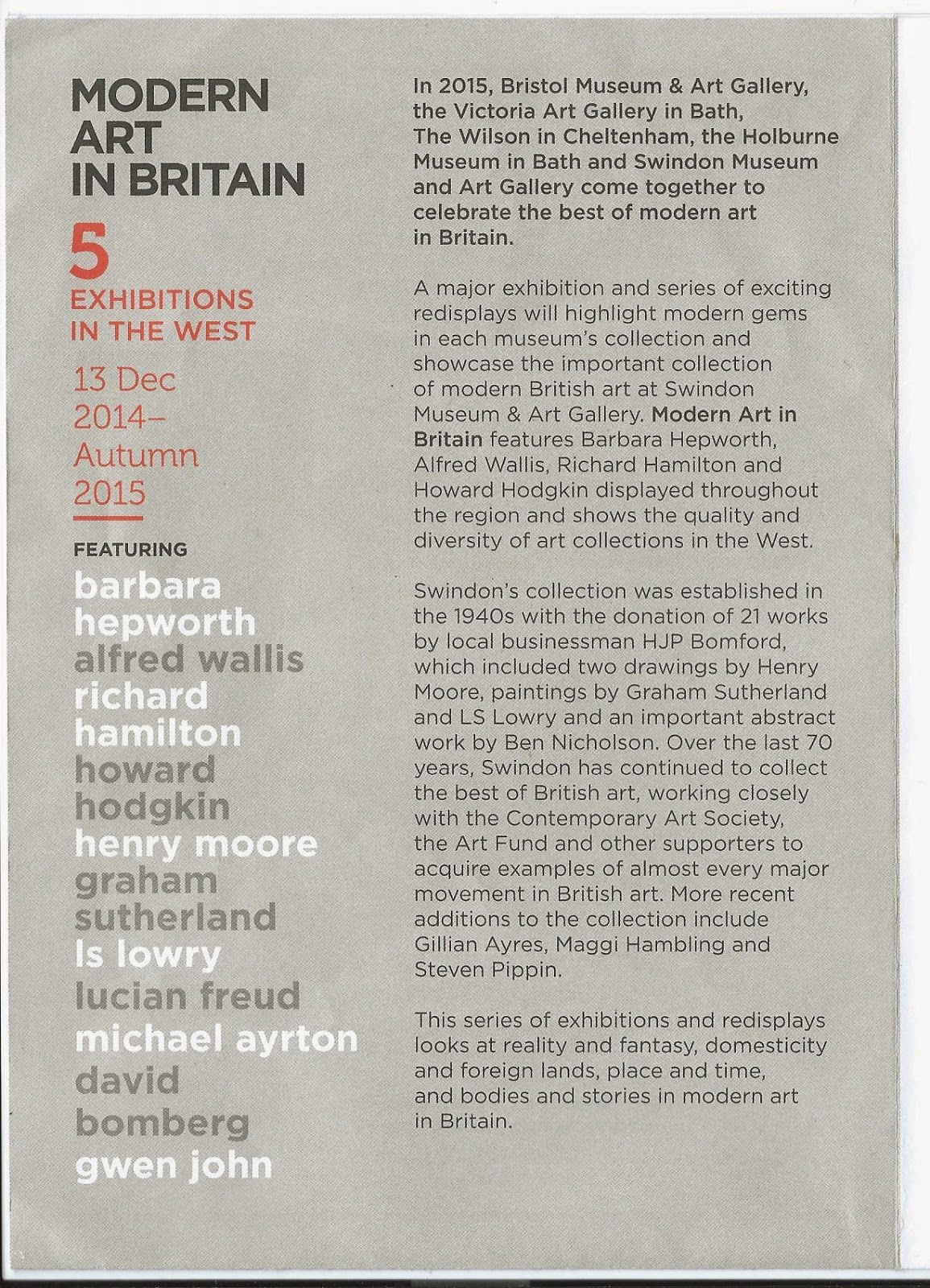 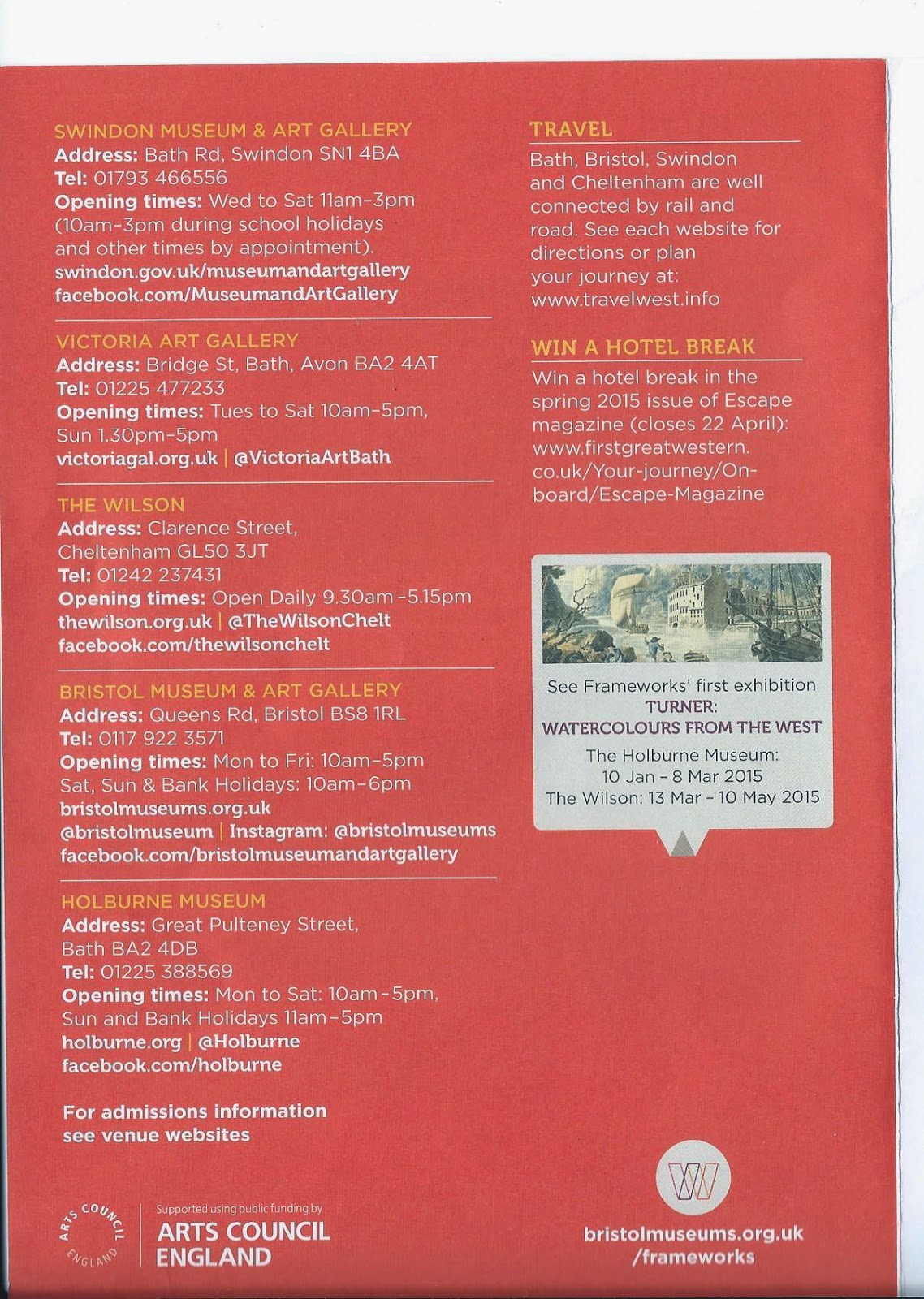 Posted by Friendsof Swindon Museum and Art Gallery at 04:39 No comments:

A Visit to Sasha Ward's Studio

We are eagerly anticipating Sasha Ward's talk on 26th March at 7.30pm to tell us about her summer at Kelmscott Manor where she was their first Artist in Residence. I missed the talk she gave in Oxford, and fortunately we're getting a second chance to find out about her residency.
We are thrilled that we have her coming to share with us what it was like to be working in the fabulous location, I want to say 'walking in the footsteps of William Morris', but ought to resist that!
Sasha's blog also gives us an idea of what she has been thinking about at: www.sashaward.co.uk/blog
I snapped away with the camera in the studio where there were some lovely glass pieces against the large windows, some from the residency: 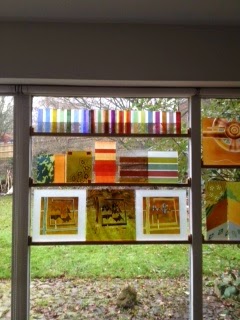 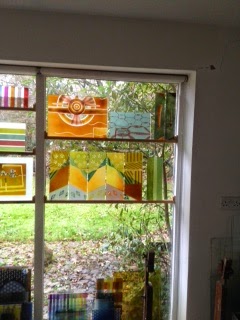 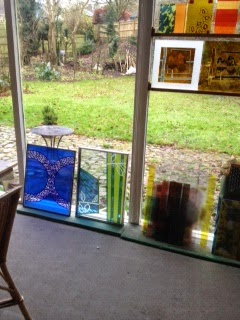 Below the glass cutting table: 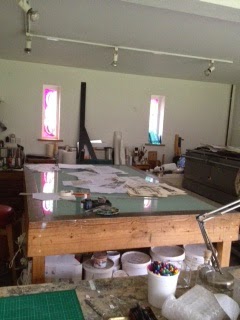 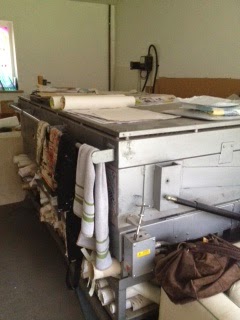 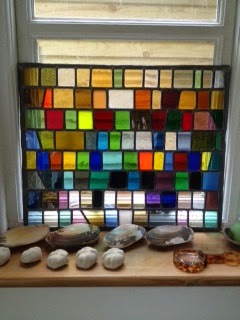 So make a note of the date in your diary and come along to find out more.
I'll add the poster of the Oxford talk although it's a bit blurry: 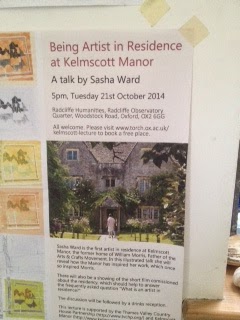 Posted by Friendsof Swindon Museum and Art Gallery at 14:50 No comments:

Set your new year diaries for the 2015 first series of talks, something for everyone and not to be missed.

Jeremy York lived during difficult and fascinating times in Poland.

Sasha Ward has recentley finished as Artist in Residence at nearby Kelmscott Manor, see her Kelmscott blog to get a taste of her interests while there.  www.sashaward.co.uk/blog

David Cuthbert was a pupil of Cecil Collins, a much loved artist from the Swindon Collection. 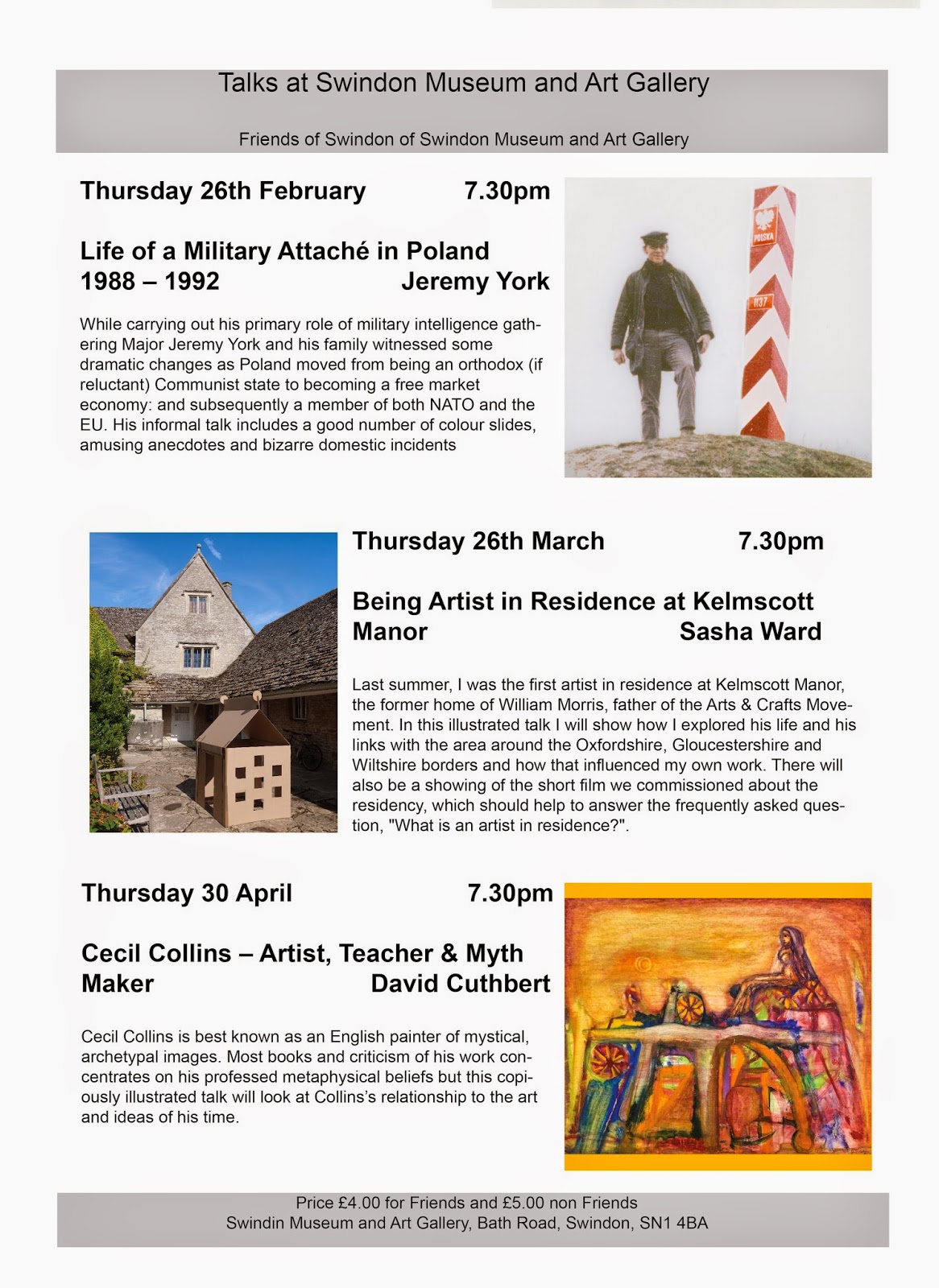 Swindon In The Great War – One Town’s War

​A moving exhibition commemorating and bringing to life the stories of Swindon in the Great War.

And 4 talks and presentations:

An Introduction to Contemporary British Art

​Curator, Sophie Cummings will introduce you to the fascinating contemporary British art in the Swindon Collection.

Artist Lisa Milroy talking 'On the Pleasure of Painting'

​Join us for an informal lunchtime tour of our current exhibition.

​Join us for an informal lunchtime tour of our current exhibition.

Posted by Friendsof Swindon Museum and Art Gallery at 11:39 No comments:

Last Friday, 28th November, we were lucky enough to have secured Bryn Walters to talk about the 3 important towns in North Wiltshire, namely Durocornovium- Wanborough, Cunetio - Mildenhall and of arguably lesser importance, Verlucio at Sandy Lane. 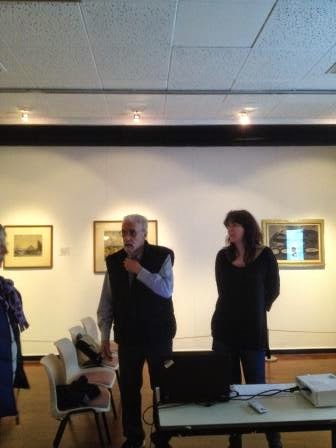 Above here's Bryn when we're setting up aided by Tracey White who kindly ensured the projector etc was in good working order, and set up so we got really good images on the screen.
Bryn began by talking about the fact that Lower Wanborough was a real hub in the 2nd Century, he has found Roman wall plaster, mosaic paving, and most of the artefacts in the museum were found there by Bryn. At the same time there were stone quarries at Old Swindon Hill and villas at Swindon.
He touched on the fact that  Silbury Hill at this time was the centre of a water based cult centre that people made pilgrimages to visit. Richard Atkinson found 100 coins thrown into a water feature there.
There was a brilliant turn out for this fascinating talk from the consummate expert on the archaeology of this fascinating area. 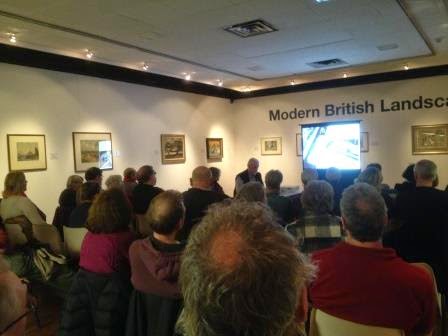 When I advertised the talk on Facebook, Barry Leighton kindly sent me this link on the Romans in the area:
http://www.swindonadvertiser.co.uk/news/10552743.Friends__Romans__Swindonians/
Our next Friends talk will be on February 26th, yes a Thursday, by popular demand, although I know it's not popular with everyone.
The next Museum talk by Sophie Cummings will be this Thursday 4th December at 7pm: 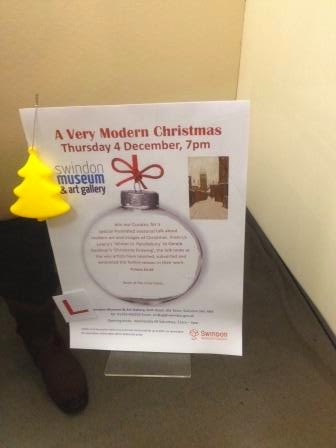 And will feature among others this LS Lowry painting, Winter in Pendelbury which is also the featured pick of the month: 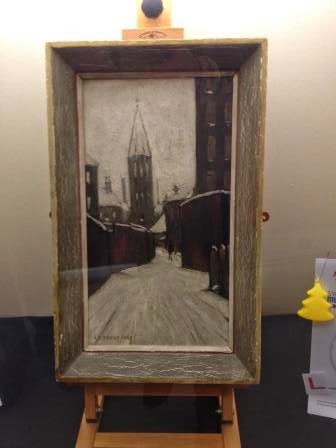 With a bit of information along with it. 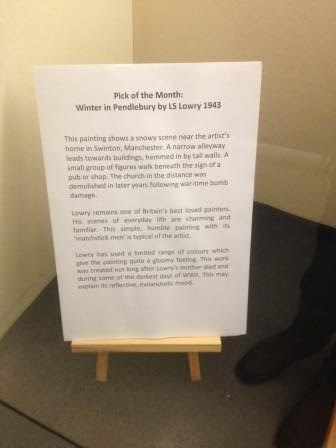 And lastly, don't forget you have until 13th December to see the current exhibition, if you haven't seen it, come along soon.
For details on opening times etc: www.swindon.gov.uk/museumandartgallery
Posted by Friendsof Swindon Museum and Art Gallery at 10:41 No comments:

Following on from the AGM on the 7th November, we were fortunate enough to have Mike Pringle talk about the First World War. His talk was extremely engaging and down to earth, giving real examples of how people were affected by living through this time, and of course many didn't live through this time, but sadly died.
I sat back and relaxed through the talk as Mike brandished a sword to make a point, and show things on the screen when he showed us slides.
The beautifully illustrated book on WWI is available form Pen and Paper, the museum, and many other places around the town. I would highly recommend it, if you are not in Swindon it's ISBN number is: 987-0-7509-5610-9 and it's published by the History Press 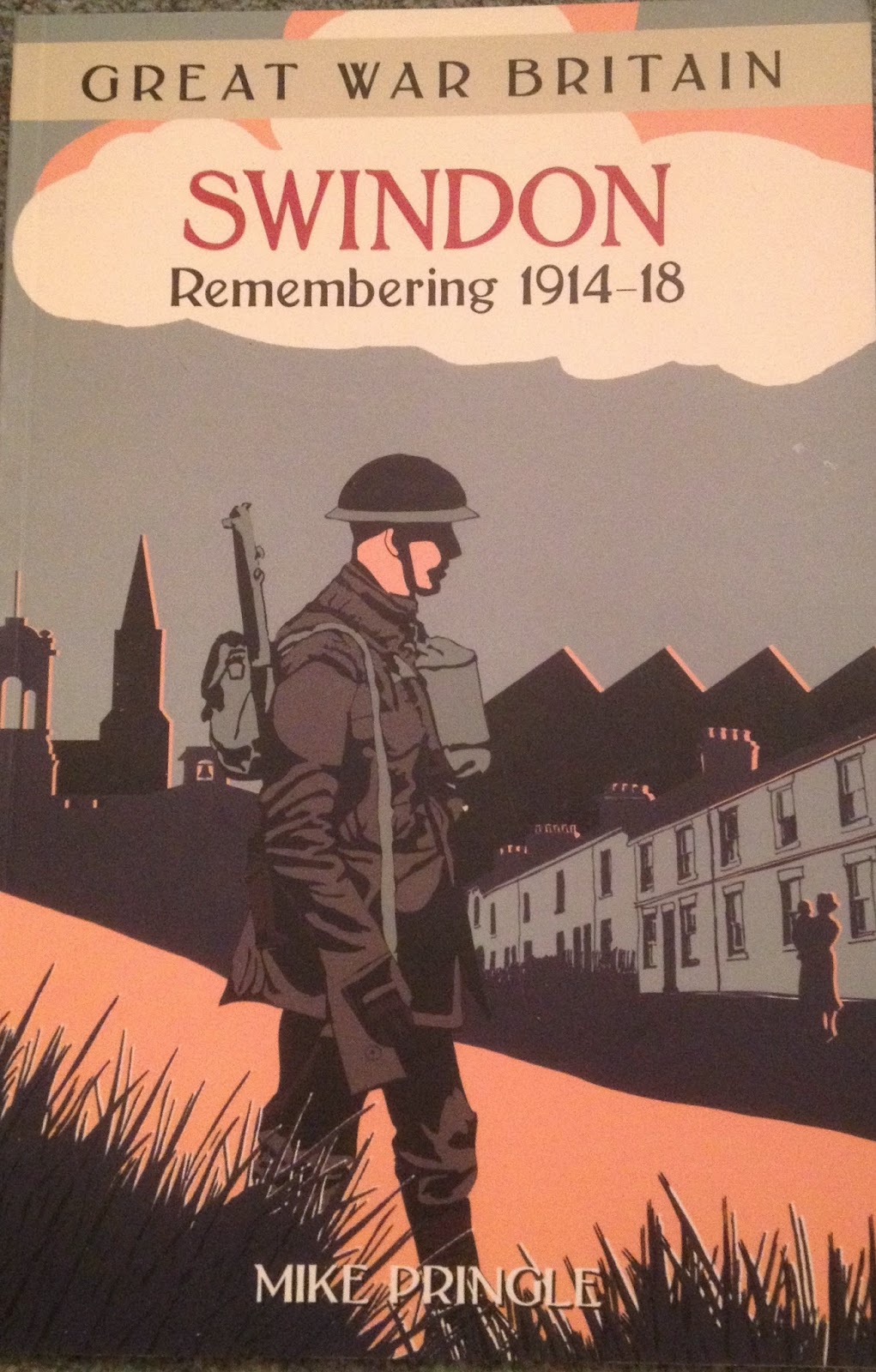 I went to the book launch and was lucky enough to be given some special chocolate: 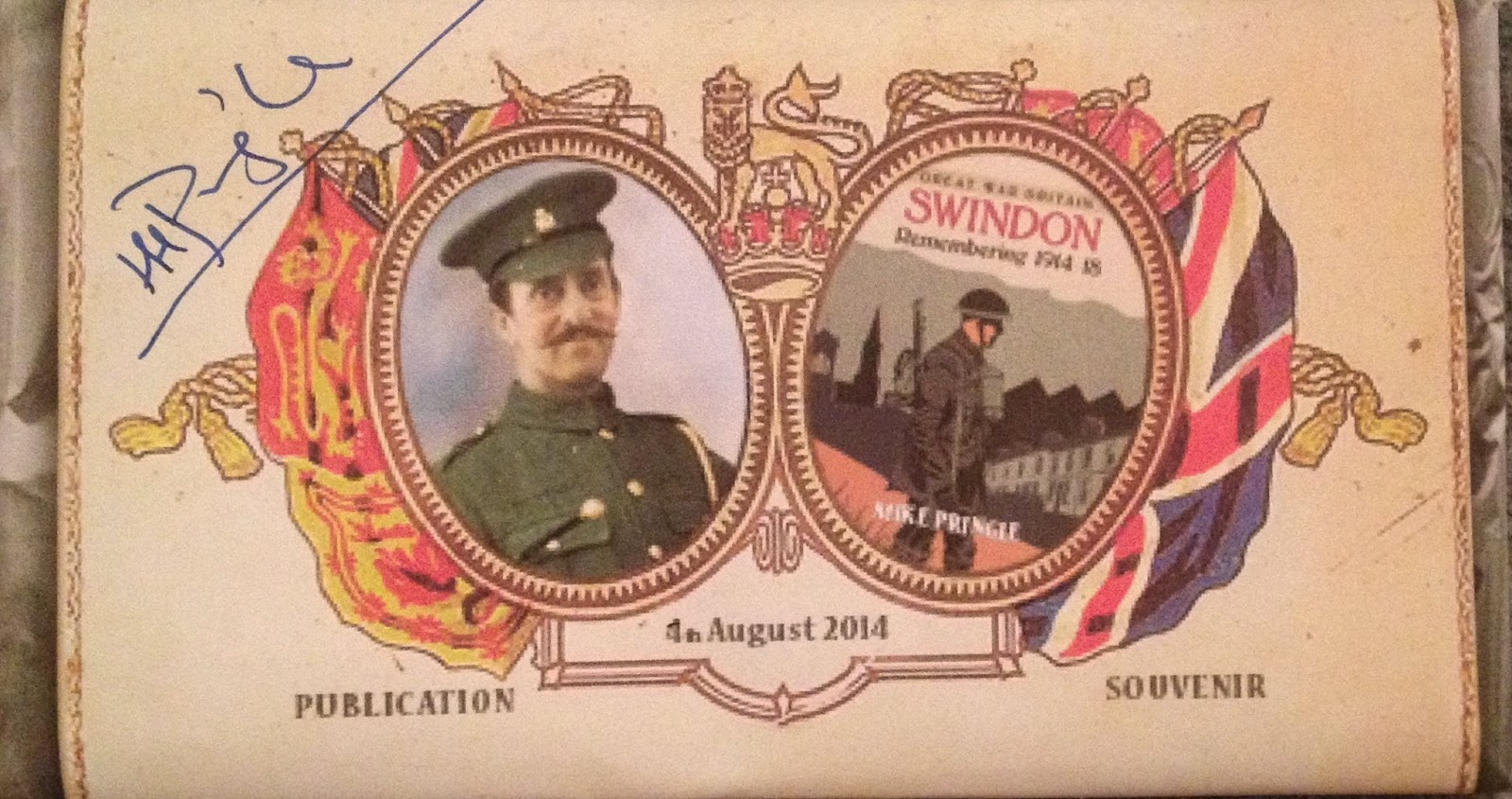 The talk finished with what was given to soldiers before they went over the top out of the trenches- a tot of rum. A very nice way to end the talk.
More on Mike Pringle at http://www.greenrook.co.uk/about.html
Also see his exhibition at Swindon Museum and Art Gallery:


Turner – Watercolours from the West and Modern British Landscapes
15th October – 13 December 2014
www.facebook.com/museumandartgallery
www.swindondoesarts.co.uk
Swindon Museum & Art Gallery is spread over several floors with no lift facilities. Please contact us with any details of specific access or mobility requirements.
T: 01793 466559
Posted by Friendsof Swindon Museum and Art Gallery at 10:22 No comments: