On Monday 9 March, a group of the Friends visited the Bristol Museum and Art Gallery to see the Frameworks exhibition - 'Reality Questioned', with an introduction and illuminating take on the exhibition by Karen MacDonald, Engagement Officer at Bristol. The exhibition is housed in a great  gallery on the first floor of the building, and one is directed into the exhibition with an arrow: 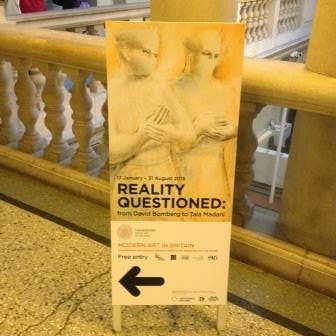 Karen led us through the paintings by considering the depiction and use of space in the 20th century in paintings, and using a small hand held projector gave examples to supplement those on the wall of what she was saying, and at some times, to show an artist's progression over as little time as a year. 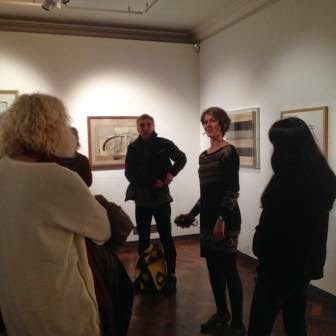 The changing direction was particularly true of Jack Smith whose work can be seen to the right of Karen in the photo below: 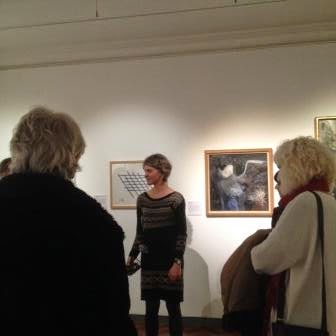 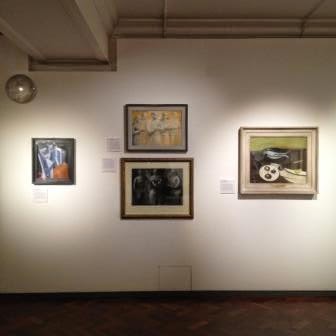 Above the Henry Moore, 'Three Women and a Child' from Swindon with 'The Hands' by Barbara Hepworth, and 'Figure Composition' by David Bomberg on the left. Above the Ravilious tennis game, here reality is confused by a slight distortion of perspective. Methods of changing one's sense of reality also include having the scale 'out', confusing the sense of depth, also having a low view point, we were shown examples of these. What is really great about these intimate talks is that the visitor can ask questions and gain more understanding of the works. 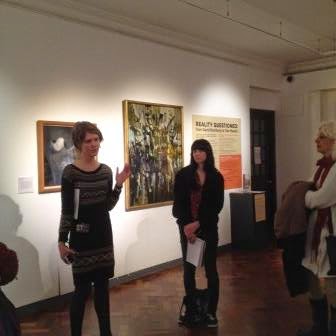 After the talk, we made our second visit to the cafe on the ground floor and sat beside the fabulous fireplace  from Lewin's Mead dating back to 1650 and purchased in 1910: 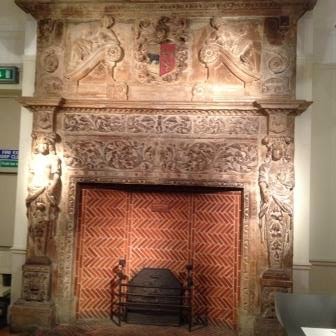 Before leaving we had a look at the David Hockney: A Rake's Progress, aquatinted etchings from his time in New York in 1961-3, they were very amusing record of his time there. I'll include a few, the first entitled 'Weakling' as he admires the bodies of beautiful runners in the park: 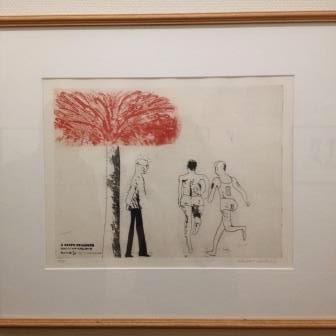 In the one below, 'The wallet begins to empty', he descends the steps and is humiliated, just as Tom Rakewell is when he is arrested in Hogarth's version. 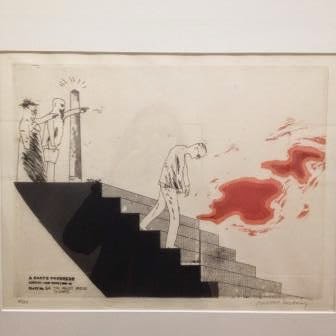 The next one depicts as we can see, 'Bedlam', the oldest asylum for the mentally ill. In Hockney's version, he imagines a consumer culture hell, where everyone looks and dresses the same, and does the same thing. 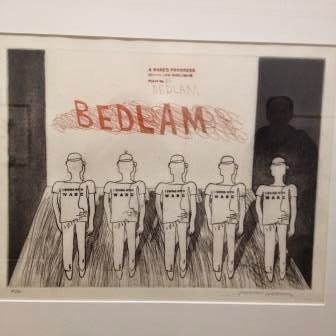 And on leaving, we were struck by the brilliance of the white and sense of reality in this painting by Harry Watson entitled 'Holidays' 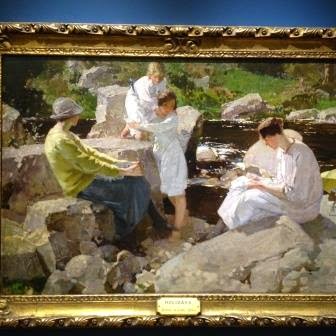 And finally the ceiling above the entrance hall: 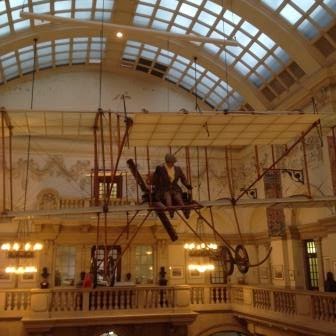 The 'Reality Questioned' exhibition runs until 31 August, do try and go and see it. Many thanks again Karen MacDonald for making the visit so special and altering the way I look at paintings.


Posted by Friendsof Swindon Museum and Art Gallery at 02:09