Major Jeremy York was a military attache in Poland between 1988-92, a time when Poland was moving from a Communist state to a free economy, and an aspiring European Union member. Jeremy gave a fascinating talk illustrated by slides taken during his stay, showing what life was like in late twentieth century Poland. For example, horses were often used on farms rather than tractors and even in Warsaw they were commonplace.
There were 5 main themes at this time: anguish and suffering, seen in sculptures, primacy of the Roman Catholic church, the good humour of the polish people, diplomatic spying and westernisation and change.
The mermaid statue is Warsaw's symbol.. She appears in statue form in Old Town's Market Square, and on the Warsaw coat of arms, but when you travel to Poland's capital city, you will probably spot the image of this mythical creature worked into architectural details and used as a part of business logos.
Many legends exist that describe how the mermaid came to symbolize Warsaw. A popular version of this story tells of how the mermaid named Sawa was rescued from capture by a man named Wars. Because of Wars' kindness, Sawa vowed to protect the city. Warsawa (Warsaw) became the name of the city and the mermaid is shown with a sword and shield in recognition of her promise to protect the city.

Below the mermaid appears on the coat of arms:

And this is thought to be one of the earliest depictions, the 1659 coat of arms of Old Warsaw on the cover of one of Warsaw's accounting books:

Poland was almost destroyed by Hitler in the second world war, and we were reminded that one and a half million people died in Auchwitz, and 900000 in Treblinka where prisoners lived an average of 3 hours after arriving there.
Jeremy York became attached to Poland during his time there, and has visited annually since 1992. The audience was so interested in the 'other world' Jeremy had portrayed so interestingly, like a history lesson without the endless dates and much social history; there were lots of questions and much appreciation of the talk.
Here's Jeremy talking to Tracy White before the talk: 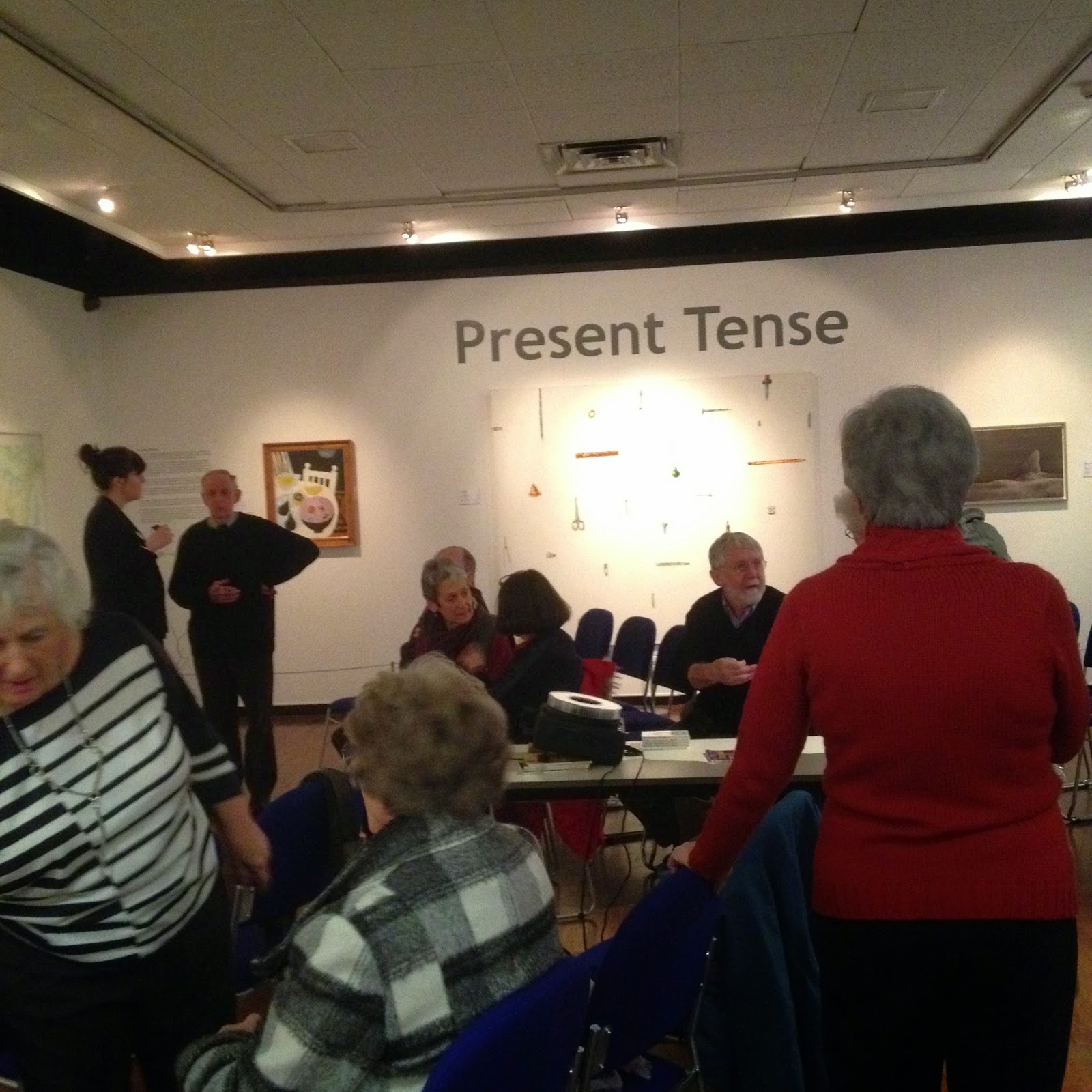 And talking to members of the Friends afterwards. 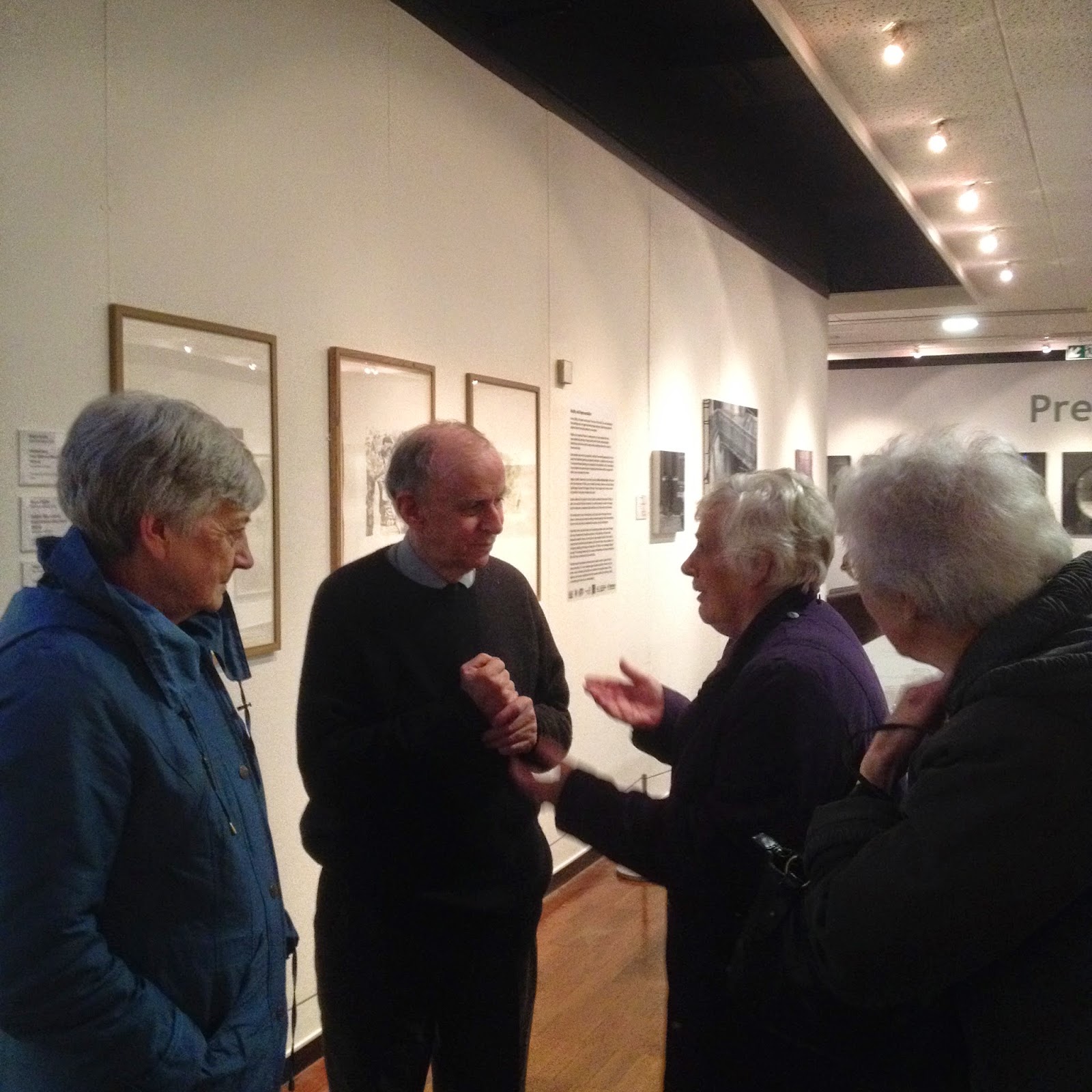 It seemed only fitting that we went for drinks and a snack at the Polish restaurant in Wood Street, Karczma Polska. We were glad we had done so, the food was delicious and the drinks slipped down. We thought it's a good plan to consider going there again after the next talk.