Sasha's Sell out Talk on her Kelmscott Residency

The talk last Thursday, 26 March, was by Sasha Ward on her residency at Kelmscott Manor, she talked about many aspects of this, including her selection from 500 applicants, saying she knew she was absolutely right for the job. Not only because of her love of coloured glass and her extensive experience of working with it, but because of her appreciation of the pre-Raphaelites, particularly of William Morris' work and attitude to work, his personal motto 'If I can' seemed to resonate with her, Sasha felt this would be a great experience.
She began by making a series of drawings of the house, garden and river, using the drawing as a response to the place, then moving on to designing something as a response to the place. There were 500 visitors when Kelmscott was open, and Sasha enjoyed working with them, whether it was holding a glass workshop, writing names on glass, or producing patterns which were repeated on foamboard.
I took a few photographs, setting up the computer: 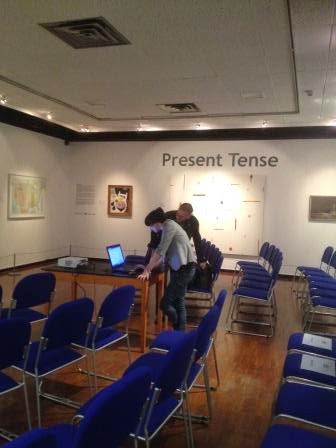 49 people came to hear the talk, it was great to see such a large audience: 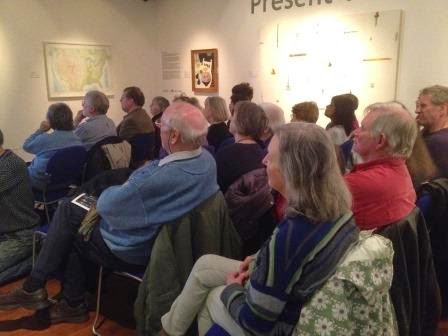 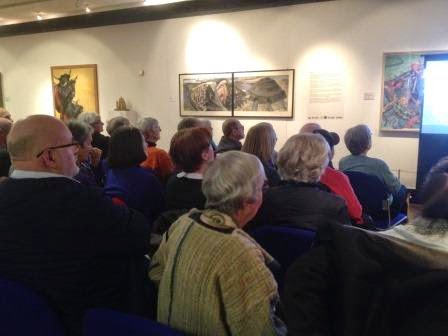 I photographed a few of the slides, the one below shows soldering lead around pieces of glass: 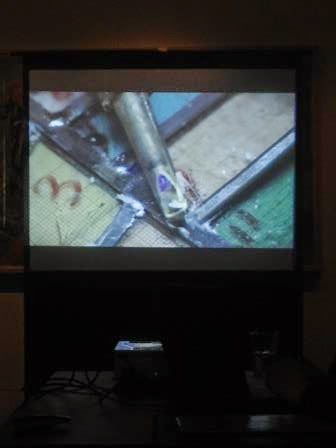 Below the results of putting together various different pieces of glass together, a technique often used in church windows: 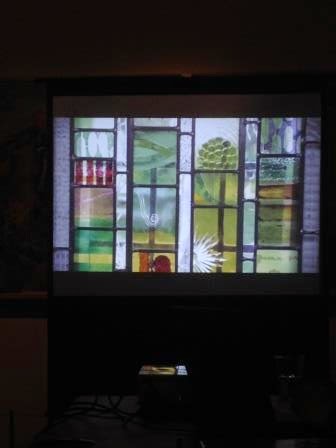 I think the piece below is positioned in a window and is one of the rootftop patterns which could become a Ward Wallpaper! 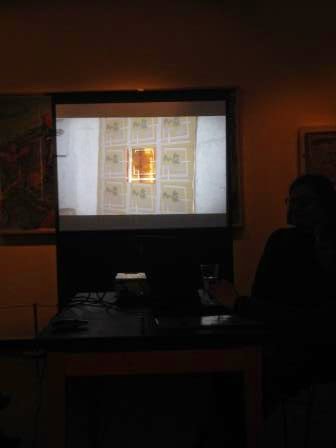 Here's the only photo taken of Sasha 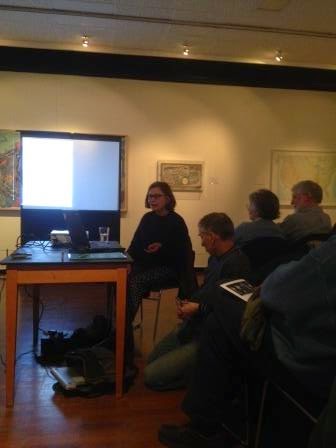 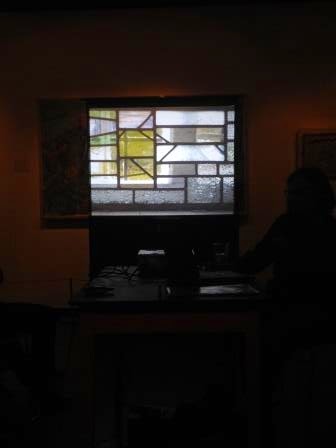 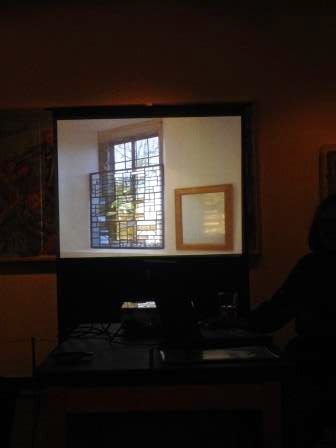 Below a couple of pieces of coloured glass made by people working at Kelmscott, and installed in their kitchen 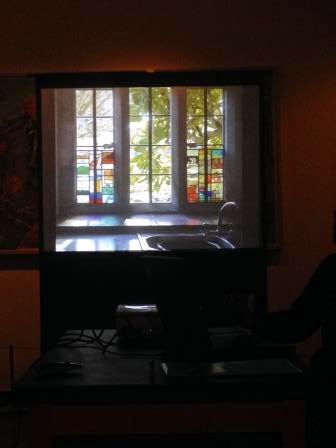 There's lots more information on Sasha Ward on her website:www.sashaward.co.uk have a look at her many commissions, and read what she has to say about her time at Kelmscott.
Our next Friends' talk is by David Cuthbert on Cecil Collins on 30 April.

Posted by Friendsof Swindon Museum and Art Gallery at 15:22