Let's start with setting up the slide show for the talk, David and Ros Cuthbert seen here with Katie Ackrill helping with the technology; note the blank walls in the background, the next exhibition was in the process of being hung, but they hadn't reached that wall. 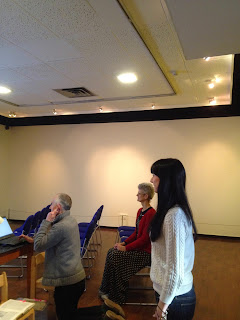 I took copious notes during David Cuthbert's illustrated guide through Cecil Collins' life, two weeks on however, I am not sure I can do either of them justice, but here goes. 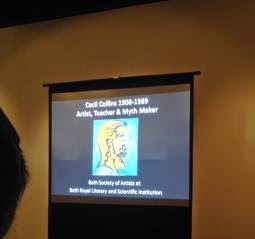 David aimed to put Cecil Collins' life, 1908-1989, into a different context than for example William Anderson has done with his breathlessly enthusiastic version, in his biography of Cecil Collins. Cecil Collins went to the Royal College of Art in 1927, and drew 'Maternity' in 1929. We also saw drawings his Mother had drawn on their living room walls, including a Blakeish quote- 'God has Flown from this World'.
He married Elizabeth, daughter of a newspaper magnate in 1932.
Elements of icons appear in Cecil's work, he was also influenced by many painters, although he denied this; Paul Klee's work may have influenced 'Pastoral' which has a similar composition 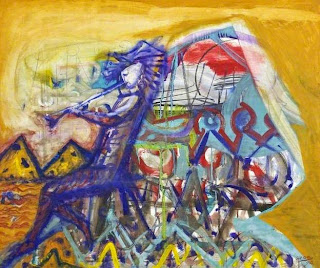 In 1935, he had his first one man exhibition. Below here he is with his wife in an autobiographical mood. 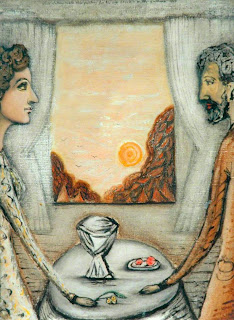 His most famous painting is 'The Sleeping Fool' apparently: 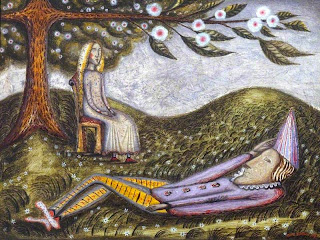 Other influences include Marc Chagall, William Blake and Samuel Palmer, in evidence in this painting: 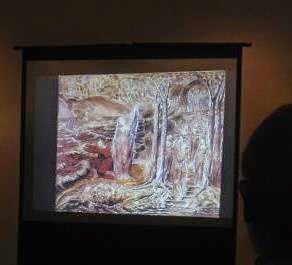 In the current exhibition at Swindon Museum and Art Gallery, 'Arts in Art' which runs until 12 September ,there are some Cecil Collins' drawings among lots of other wonderful pieces. 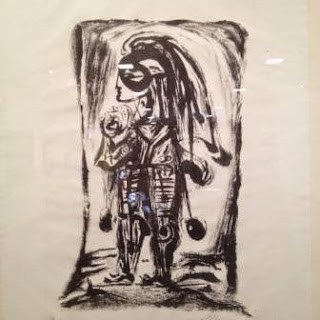 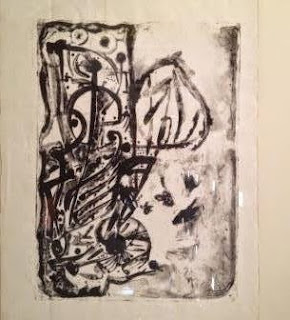 David finished on an interesting note, his wife Ros who was also at the Central School in London in the 1970s, and also taught by Collins painted the artist and his wife: 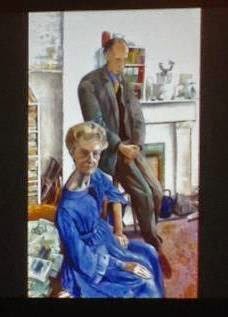 On talking to them later, I discovered that Collins had been good friends with Ros and given her a drawing he'd done of a lion which David had forgotten to show to the audience. A fascinating insight into the life of Collins.

Posted by Friendsof Swindon Museum and Art Gallery at 08:04