Ravilious at the Dulwich Picture Gallery

After our talk on Eric Ravilious by James Russell, curator of the exhibition at the Dulwich Picture Gallery, and the wide acclaim the exhibition has received, lots of us were really looking forward to seeing the exhibition for ourselves. In fact, there were 39 of us booked to go on the trip, and could have been more if I'd known that a 52 seater coach was coming in place of the 41 seater we booked.
Suffice to say, there were a lot of Friends on the coach all looking forward to a great day at the DPG, I was really pleased with the magnificent turn out. The rail strike on the day meant that the journey took much longer than anticipated, but had the benefit of enabling people to get to know each other better.
When we arrived, we looked round the Ravilious exhibition, among masses of other people, it's a very popular exhibition beautifully laid out in rooms. 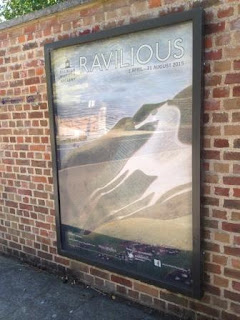 The Westbury White horse painting is used on the poster on the way in, seen better below inside: 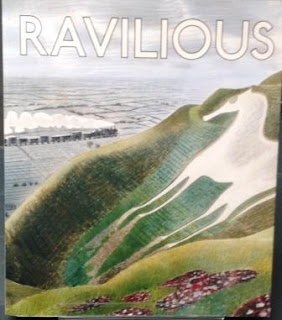 and on the book to accompany the exhibition, which I'm really pleased I bought as a momento and because it gives a fascinating and sensitive insight into the artist and the paintings he produced.
This is the entrance hall: 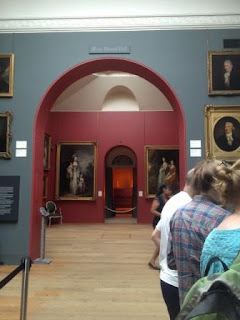 Photography was not allowed in the exhibition, so to give an idea of the atmosphere, I took a few snaps. The exhibition is beautifully arranged in several sections, as you can see below, Interiors is one of the sections, and with it 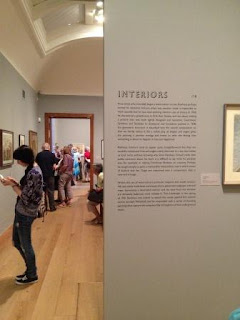 was this gorgeous painting 'Geraniums and carnations' 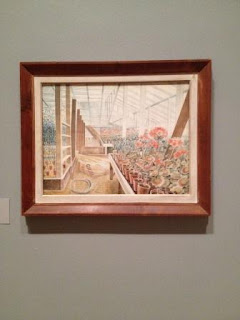 and  'The Greenhouse, cyclamen and tomatoes' with its 'diminishing progression of triangles and rectangles'. 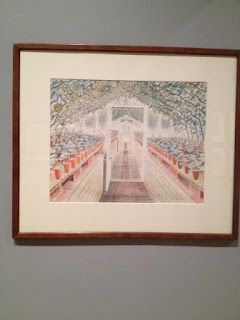 This painting titled 'Cuckmere Haven' in the Changing Perspectives section. 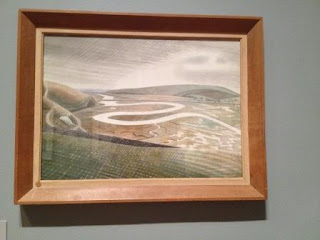 I'm not sure which painting Vanetta, Gillian and Ray are looking at, but I liked the discussion that was going on between Friends in the exhibition. 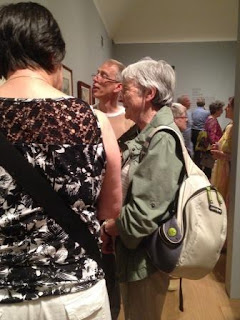 'Tea at Furlongs', one of my favourite paintings was in the Place and Season section 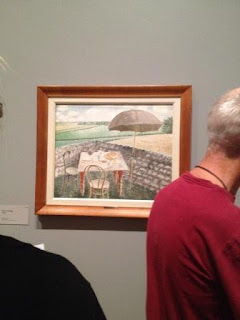 Other sections were Relics and Curiosities, Figures and Forms, and Darkness and Light.
At 2pm, we were met by Mary Poole-Wilson who talked to us about the Dulwich Picture Gallery building and its collections. We were first led to the mausoleum which is specially constructed to give a special light as you can see in the photograph below, and doesn't require heating either. 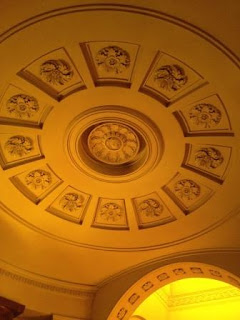 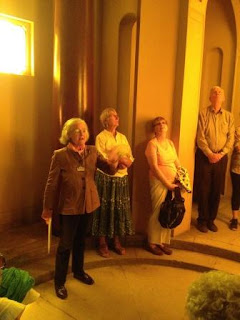 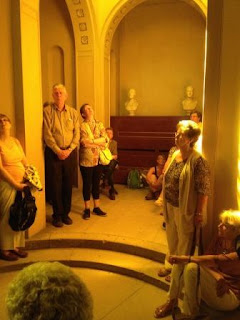 After some information about the founding of the gallery in 1817 by Noel desenfans and Peter Bourgeois, we were taken to this fragment of a painting by Veronese - St.Jerome and Girolamo Petrobelli, 1563. 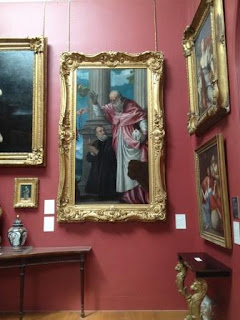 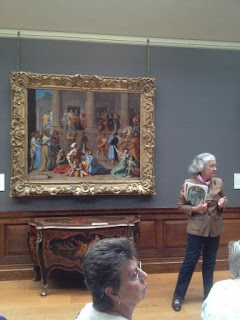 and 'The Nurture of Jupiter' 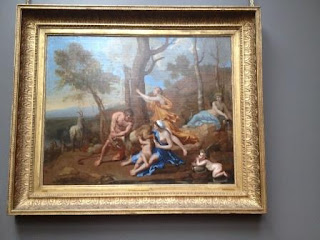 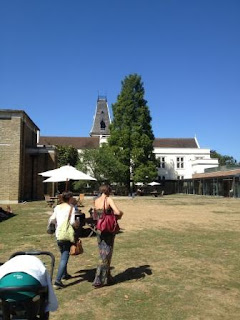 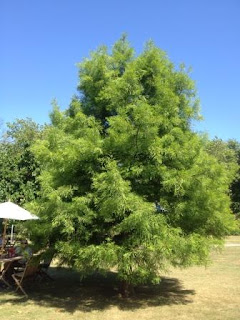 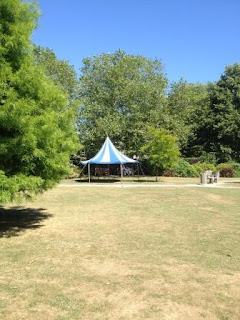 This metal structure below would make a lovely planter, currently has some gravel in it. 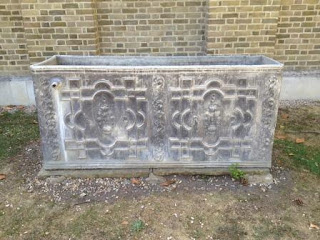 All too soon, it was time to get onto the coach, and sit in lots more traffic and look at the lovely things we'd bought in the shop, in my case, a fridge magnet, the James Russell book, a table mat, lots of cards and a Tiddlywinks game. On the way home, there were some good reflections in windows 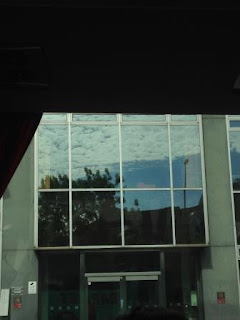 I rather liked this one: 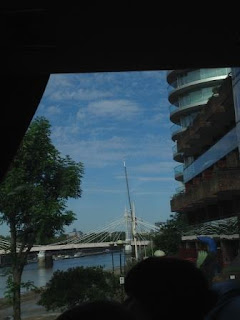 And the view of the bridge looked impressive at the time 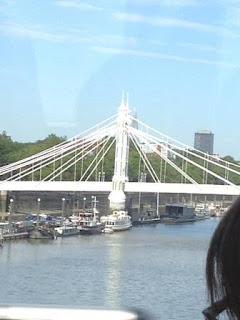 So where next? The Ravilious exhibition at the Dulwich Picture Gallery will be a hard act to follow.

Posted by Friendsof Swindon Museum and Art Gallery at 15:19