Madeleine Emerald-Thiele who describes herself on Twitter as providing: 'Victorianist musings on Pre-Raphaelite Art & Angels, & other stuff in between', gave us a fascinating talk on the painted ceiling at St.John's Church, Hoxton, London, considering whether they should be considered as part of the pre-Raphaelie tradition.Here's the outside of the beautiful building: 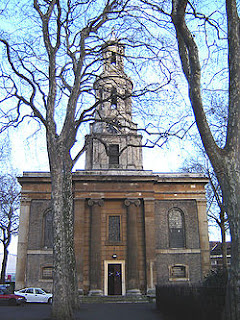 The ceiling was restored 20 years ago, and is already showing signs of neglect, and needs further work doing to protect the paintings on the ceiling, strangely there's little reference to the ceiling from a quick internet search.
Here's the ceiling: 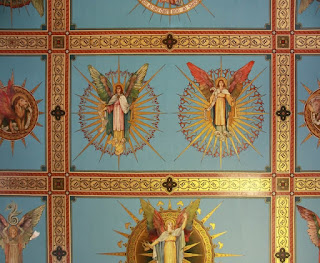 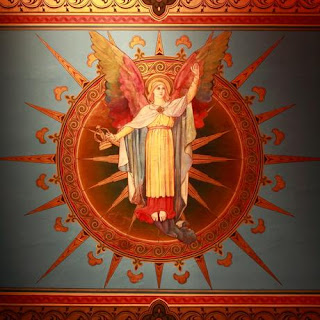 Madeleine also considered the role of angels elsewhere in pre Raphaelite painting, sitting at the side, I got very poor photos of her angels: 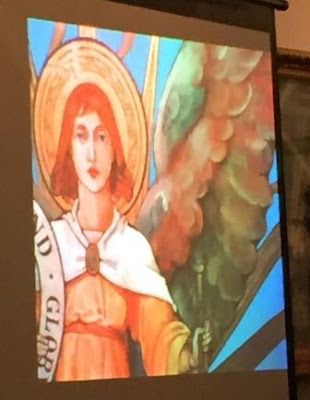 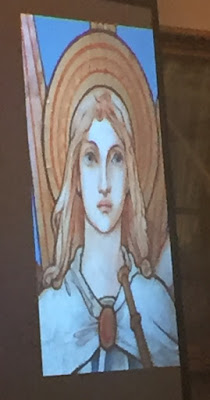 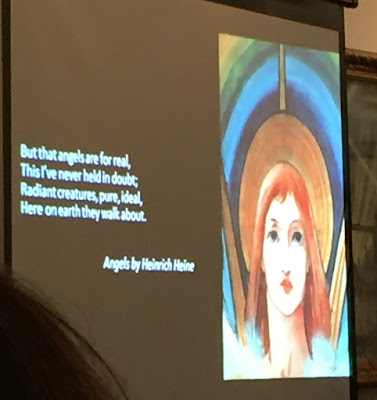 The talk was very well attended 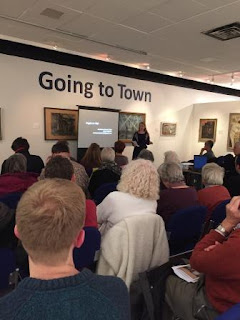 and we followed up with mince pies and drinks 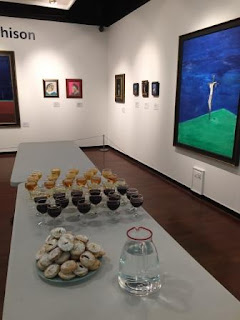 And Madeleine stayed behind to chat to people about her research and ideas about angels.
It was a lovely evening, apologies for lack of detail, I didn't take notes.
Posted by Friendsof Swindon Museum and Art Gallery at 10:24