We had an excellent talk given by Jennie Anderson on archaeological reconstruction drawings last Thursday. The talk sold out beforehand, which was very exciting because we normally have a few tickets left. We have a maximum capacity of 53 in the audience, so it's always better to buy tickets beforehand form the museum, or online at the Friends' website.
I wasn't sure what to expect really apart from some drawings of people wandering round Barbury Castle in leather sandals, it was far more detailed and well thought out than that.
Jennie tackled the whole talk in a logical and interesting way, first of all stating that she does do lots of looking at ancient maps, aerial photographs and remains found at the sites she intends to reconstruct, but there's no real way of knowing how accurate a picture she is painting, and she probably isn't.
I did take photos, but the screen has made everything look a bit dark
Here's the capacity audience 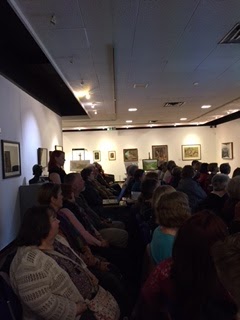 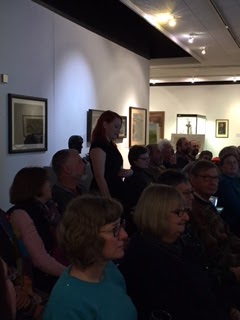 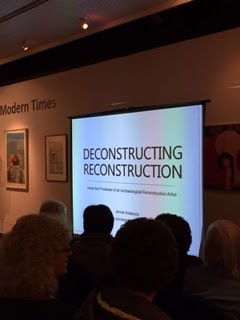 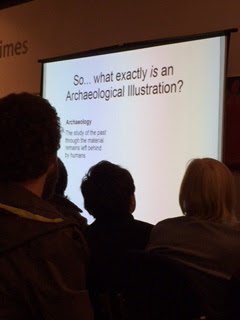 So what are the issues that must be faced when engaging in archaeological reconstruction drawings?
One important thing is people's preconception. For instance many people imagine Vikings had 2 pronged helmets as seen on the person below. The audience were asked to draw a Viking and many people drew the helmet with 2 prongs, seen below, Jennie was able to trace this back to a drawing made of Vikings made over a hundred years ago which has influenced our idea of what Vikings looked like 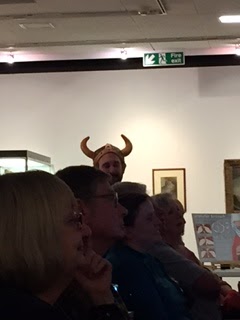 Since then, Vikings have been depicted in films without the 2 pronged helmets so this idea might not persist for much longer 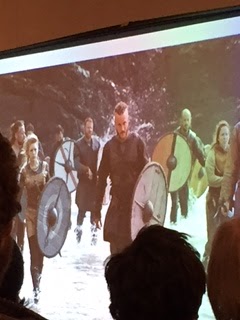 Jennie then revealed her drawing of Bowood House before Capability Brown began landscaping, seen below 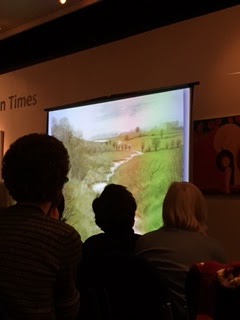 Jennie ended her talk by saying she 'creates engaging visualisations about human connections with history, and appreciates ' she has a 'responsibility to create images based on best evidence available'.

It was a fabulous talk.

Posted by Friendsof Swindon Museum and Art Gallery at 12:56