This was James Russell's second visit to Swindon Museum and Art Gallery to give a talk to the Friends. We were so impressed by his talk on Eric Ravilious to coincide with the exhibition he curated at the Dulwich Picture Gallery, we invited him again to come and talk to us about World War II artists. For those unfamiliar with James Russell, more can be found here, he's a lecturer and author of many splendid art books.
The talk was fascinating and accompanied by slides of the many superb artworks produced by artists he talked about who took part in Kenneth Clark's War artists scheme. I took some notes, but didn't download the photos pf the paintings James talked about, so what follows are paintings I discovered when I looked up the artists.
There were 247 war artists in the second world war, but only 37 employed at any one time, often for 6 months, and paid £325 for their work. Probably the most famous and admired painting by this group is 'Totes Meer' (Dead Sea) painted in 1940-41 at a salvage dump in Cowley 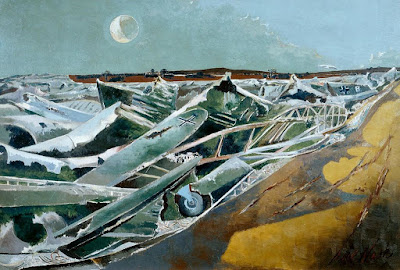 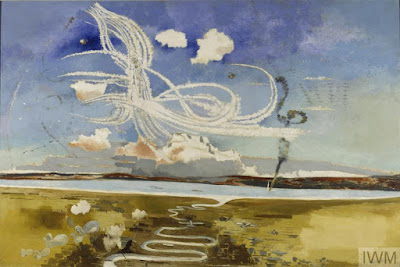 Charles Cundall's painting 'Withdrawal from Dunkirk' is rather spectacular: 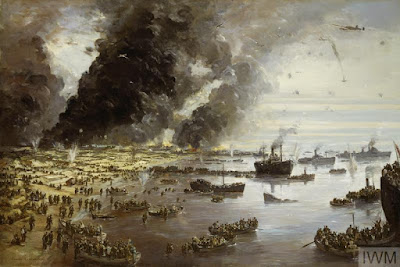 and then in contrast, Edward Ardizzone showed the human side of war, often with a dog in the painting, although not in this one, 'Lunch in Nieppe Forest', 1940 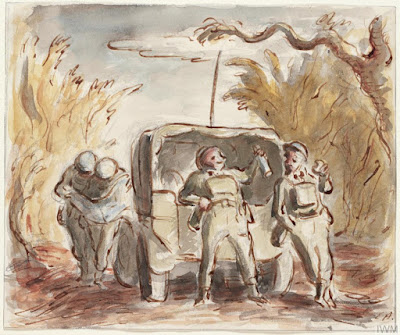 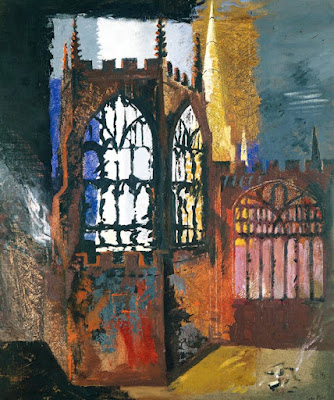 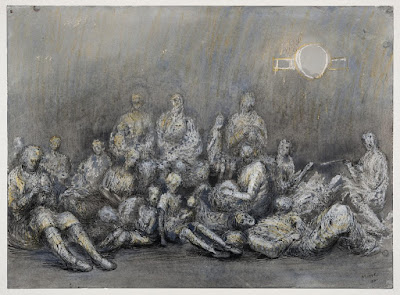 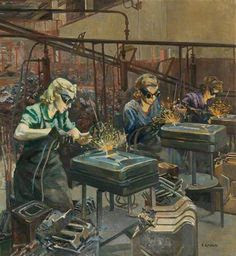 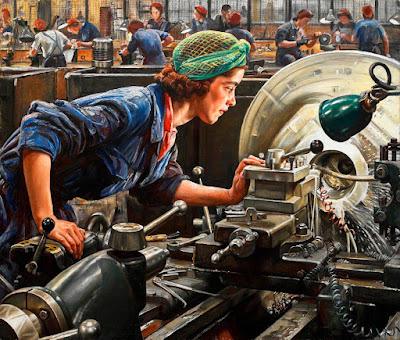 The last three paintings by women illustrating the varied occupations women were engaged in during the war.
Stanley Spencer was of course mentioned, I'm hoping we can have a trip to Sandham Memorial Chapel where the space is filled with his paintings.
Eric Ravilious featured as well in the talk, here's 'HMS Glorious in the Arctic': 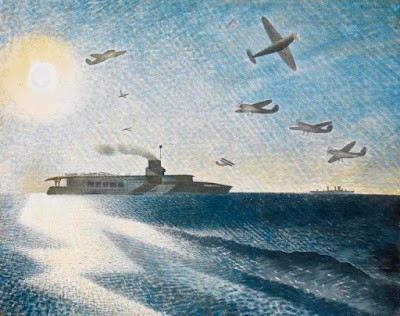 and this is Great Coxweel Tither barn by John Piper which I rather liked. 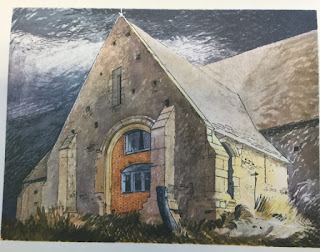 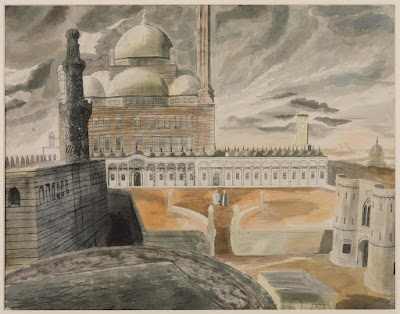 and lastly a photo of James Russell during the talk 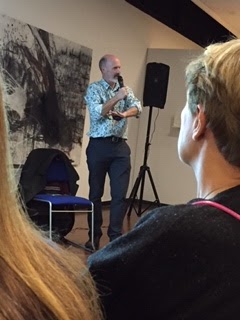 Thank you James Russell for a fabulous talk, it was a sell out, and very much enjoyed by all who attended, by clicking here, you can read about James Russell's talk on Ravilious, and the next post is about our trip to the Dulwich Picture Gallery when traffic was brought to a standstill in London due to tube strikes.

Posted by Friendsof Swindon Museum and Art Gallery at 11:29