Janet Boulton had a beautiful exhibition in the gallery a couple of years ago, celebrated by an in conversation with Sophie Cummings, organised by the Friends and written up here.  Following that evening, a Friends' visit to Janet's garden was arranged last summer, and postponed because of unfavourable conditions for gardens, and Janet's heavy schedule. When at a recent Private View of 'Touring the Collection: 60 years on', at Swindon Museum and Art Gallery, Janet suggested a visit, I jumped at the chance.
It's a wonderful garden, described on Janet's website with an informative and thorough accompanying video, and also in Gardens Illustrated:


Janet Boulton’s narrow town garden represents the journey through her life as an artist since coming to live in Abingdon, near Oxford, in 1979. It is adorned with inscribed installations in wood, slate and glass, and other objects with artistic and personal associations. Every day she spends at home, Janet walks up the steps from the kitchen, across a witty chamomile lawn and past ‘flight’ – the word is carved into a slate tablet as a poem to joy – along the winding gravel path to the heart of the garden and through the arch to the studio. “The garden is as much a declaration of my commitment to still life and to Cubism as to the gardens that have inspired my watercolour paintings.”

Here's another accolade:
'Janet's house and garden are remarkable. and totally inimitable, almost as individual as Derek Jarman's and probably more approachable than his'. 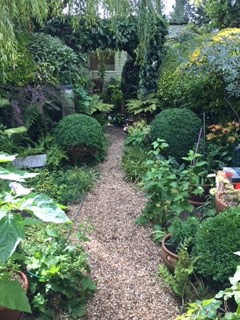 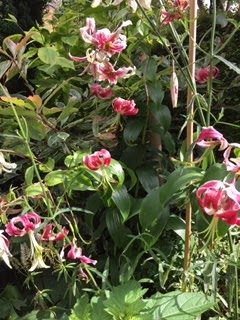 This is Hearth, placed at the centre of the garden. Hear. Heart. Earth. Art. 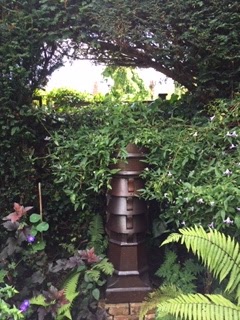 And below this says WILD/NESS 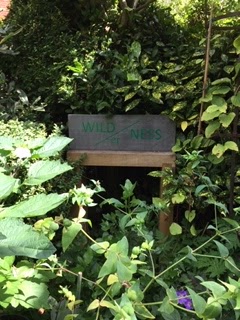 Below is Flower show. Nostalgia. Celebrating a village event. 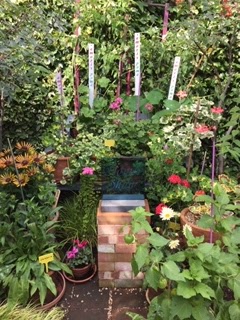 In this area were these rather amazing Rudbeckia sommerina 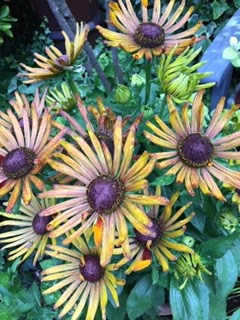 This is In memoriam. An old apple picking ladder. A dedication to all lost orchards and Janet's lost apple tree. 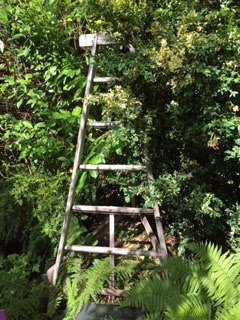 I'm not sure what this plant is called, Janet kindly gave me one of hers. 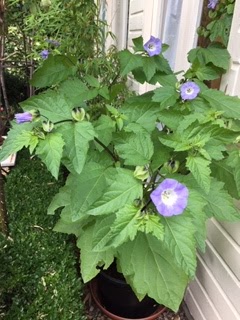 Behind the studio, at the end of the garden is a beautifully laid out very small garden. ML11 8NG is the postcode for Little Sparta- a reminder and an acknowledgement 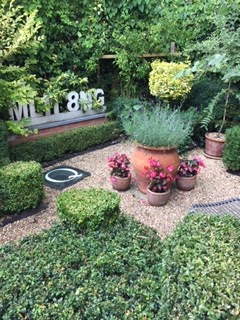 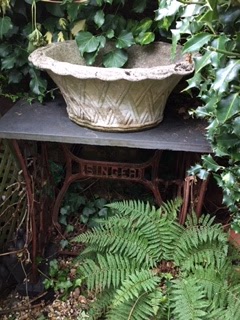 Here's the seating area at the end of the garden, 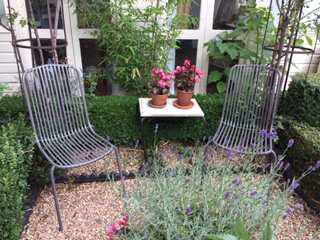 looking at the lavender and postcode for little Sparta 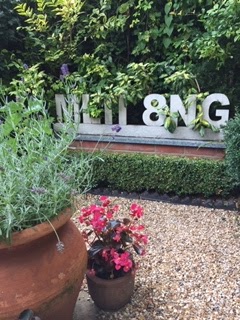 To the left is a shed with the following writing on it: 'Il faut cultiver notre jardin' a quote from Candide. Voltaire's summing up 'After all, the best thing we can do is cultivate our garden'
How true. 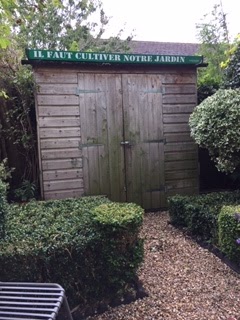 Walking back towards the house, the garden looked quite different. 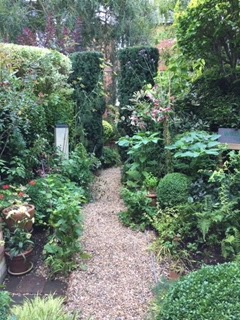 Horizon - a 3 metre horizontal with lettering derived from INFINITE/ INFINITY/ NONFINITO a work evoking the experience of looking at a panorama placed below eye level at a dark part of the garden. 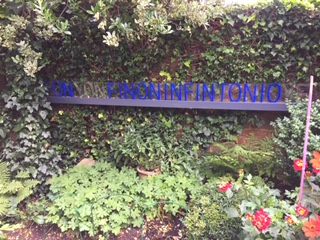 I do know about this, it's 'This is not an Attack' In Ian Hamilton Finlay's Detached sentences on gardening, he writes 'Certain gardens are described as retreats when really they are attacks'. A humorous piece where the spouts of the watering cans could be seen as either trumpets or guns. 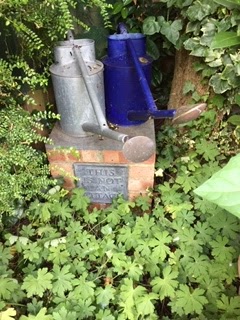 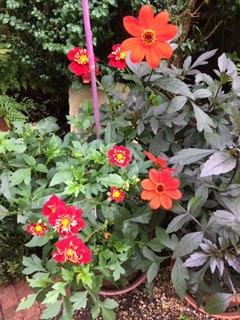 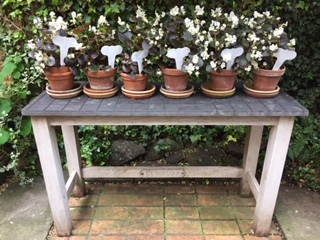 A huge Nicotiana sylvestris by the house 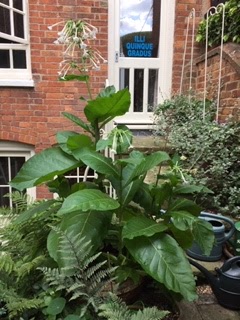 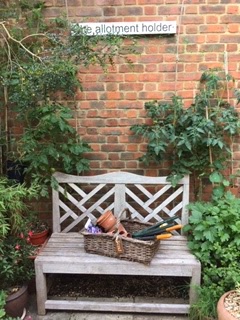 This was a beautiful geranium with the reddest flowers 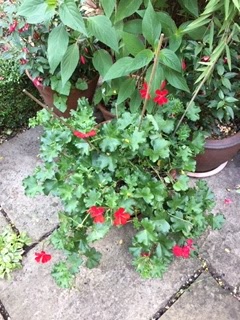 And this is a bit hard to see, it's a tribute to Paul Nash, it's a bird's nest 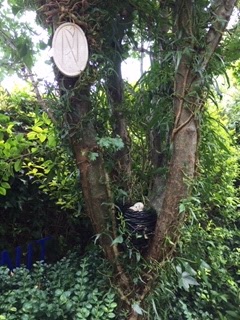 I've included a few of the pieces in the garden, there's lots more in this fabulous garden.
Posted by Friendsof Swindon Museum and Art Gallery at 14:08 No comments: