For our September talk, we were pleased to welcome Amanda Hart, director of the Corinium Museum. They are our nearest museum outside Swindon, and have recently been successful in their Heritage Lottery Fund application, so it was very interesting to hear more about the bid, the museum and some of it's artefacts.  Summarising their HLF grant, they say:

'Corinium Museum has embarked on an exciting £1.87 million project – “Stone Age to Corinium: Discover the Archaeology of the Cotswolds” and has been successful in securing support from The Heritage Lottery Fund.


The aims are to create a museum that is more relevant to today’s communities, maximising on the building spaces, enhancing the visitor journey through reinterpretation and improved access, and working with new partners to produce a vibrant programme of archaeology related events and activities, which will help to make the museum more resilient and sustainable.'

Amanda gave us a run through of the history of Corinium Museum, firstly saying that they had undergone a rebranding exercise in 2013 with funding from the Arts Council, including a website with an online shop. Here are some of the main points gleaned from the talk:

In 1849, two mosaics were discovered when putting in new sewage pipes, the Earl of Bathhurst, an avid collector of archaeology was keen to show them to people, and opened a museum in 1856, at the same time William Cripps also built a museum at Cripps Mead. There were 2 collections, both gifted to the town. A single museum opened in 1938, and a photograph showed the audience at their talks were exclusively men, and artefacts were seen leaning against walls. The museum closed again in 1939, but from 1960-75, there were large public excavations in Cirencester, in 1964, they found the remains of Cirencester Abbey which was medieval, mostly Roman. In 1970, the urban district council proposed buying the neighbouring buildings to the main museum, so there are two buildings forming the museum. 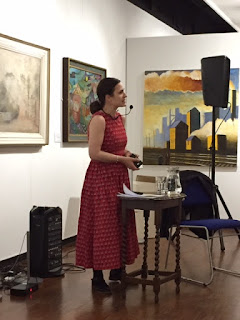 Amanda talking to the audience, and below a general view of the audience taken after the talk 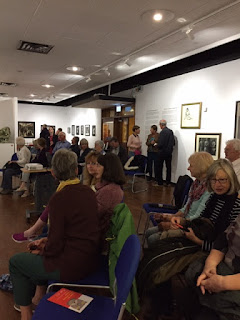 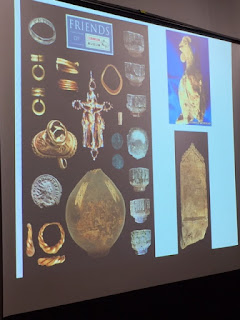 Taking photographs from one side of the room is not a good idea, but thought I'd include them.
The slide below is a photo of rare objects that will go on display. 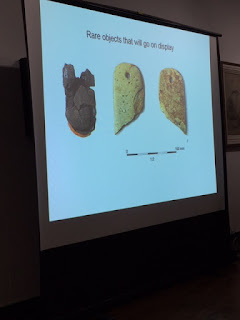 A couple of weeks before the talk, I visited the Corinium Museum and took a few photos. 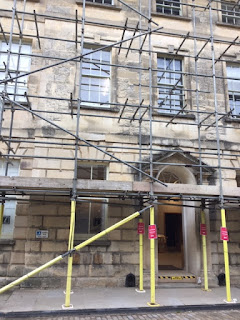 The right hand side building had a lot of scaffolding around it, and that's the main entrance, and below is the left hand side. I do like the hanging flag things. I wonder if Swindon MAG could have one? 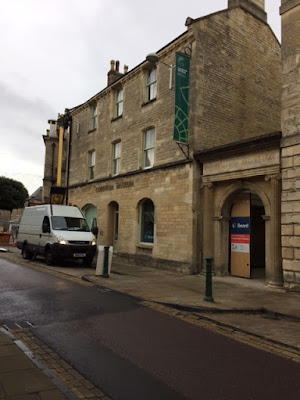 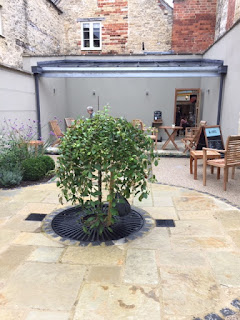 and a couple of beds with Verbena bonariensis and box taking centre stage. The Bloom judges said, if you want to gain good marks, Verbena b is the plant to use. 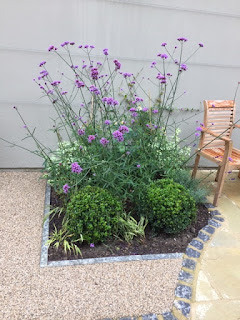 One of the fundraising ideas is to ask people to buy a Corinium creature sticker to help raise funds to help conserve stored objects and tell their story. There are five animals, a hare, £500, lion, £100, owl, £50, cockerel £25 and a dog £25, more information here 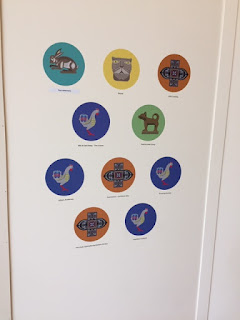 I loved this stone relief of three mother goddesses found at Ashcroft, Cirencester in 1899. They are made of local ooilitic limestone, and date back to 2nd or 3rd century AD 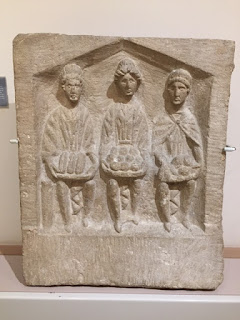 This one was found at the same time, it is also of mother goddesses, it is very classical in style and in marked contrast to the one above which is rather stern and upright. 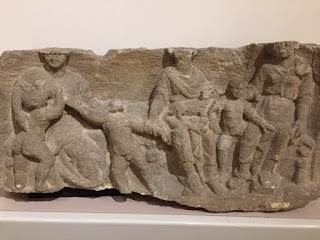 Here's the Hare Mosaic, it's virtually complete and was found in a Roman townhouse at The Beeches, it dates to 4th century AD. Not long after it was covered by a hypocaust system, an ancient Roman heating system, comprising a hollow space under the floor of a building, into which hot air was directed. This is apparently a unique motif as a centrepiece in Britain. It has tiny pieces of green glass in the hare's back. 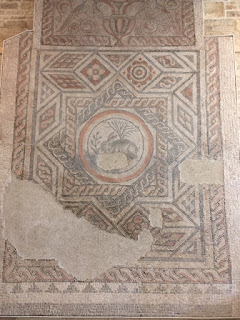 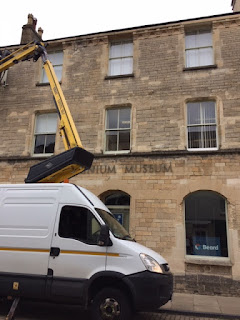 On the way back to the car park, I walked through the centre of Cirencester and was reminded of how old the place is. 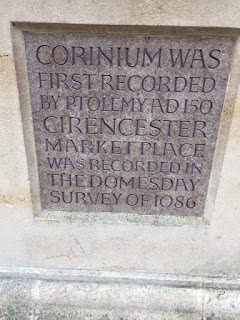 I'm hoping we can organise a visit to Corinium Museum in 2020, it's a fabulous place.

Posted by Friendsof Swindon Museum and Art Gallery at 13:16