A Traveller in Space and Time: Michael Ayrton

We were very pleased to welcome Justine Hopkins, after our AGM and a sandwich break, to give a very personal, highly knowledgeable and fascinating insight into Michael Ayrton.
This was a return after a 25 year break to Swindon Museum and Art Gallery. Amazingly Erik Burnett-Godfree was present at both talks! Coincidentally he has written an article in our SwindonMAG on Michael Ayrton's Roman Window, our famous Michael Ayrton painting in the most recent edition. 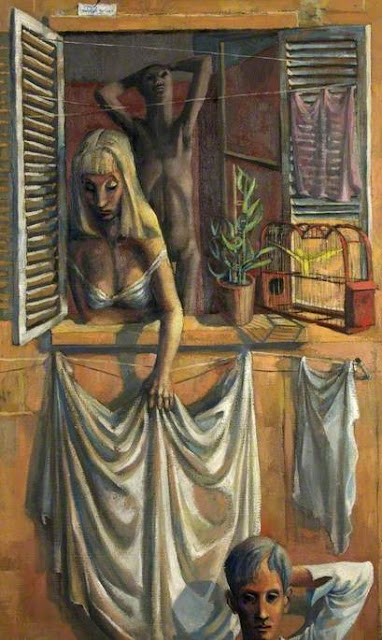 Roman window is painted from a hotel bed across the road from this room, and wonderfully described by Ayrton in an the essay from the collection 'Golden Sections' (published Methuen 1957). (Added to the end of this post). As Justine said the painting involves mysterious communication and unspoken drama and is technically fascinating.
Starting at the beginning, Michael Ayrton, left school at 14 in 1935 and began painting to the disappointment of his parents. Earliest paintings show a story behind the picture, often intriguing and  hard to read. He met John Minton at St.John's Wood art college in 1937 and was later to share a studio with him.He was also to work with Minton on stage designs for Gielgud's Macbeth. They both joined the RAF when war was declared, although Ayrton was invalided out, enabling him to continue painting.
After the war, Ayrton went abroad as did many other artists, he was keen to search out all paintings by Piero della Francesca in Italy. He also became fascinated by myths including the myth of Daedalus and Icarus tells the story of a father and a son who used wings to escape from the island of Crete. Icarus has become better-known as the flyer who fell from the sky when the wax that joined his wings was melted by the heat of the sun.
Ayrton also produced many sculptures based on myths, modelling rather than carving , inspired by the Cumaen labyrinth. Ayrton spent much of his career wandering Daedalus's mythological labyrinth. By the mid 1960s he had written, painted, sculpted, and sketched the labyrinth numerous times, culminating in the commission to build the Arkville Maze, the largest masonry labyrinth in the world.
It was fascinating to hear Justine Hopkins, step granddaughter of Ayrton, reminisced about spending time in Ayrton's rural idyll where he had 15 acres of land and a tithe barn where he retired to pastoral solitude with Henry Moore living nearby and dropping in to compare sculptures.. 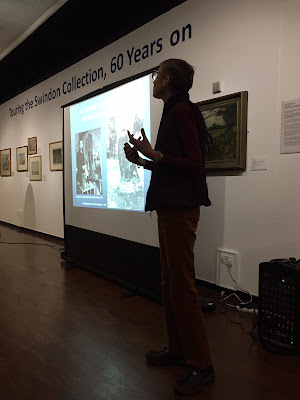 This hugely talented painter, sculptor, writer, broadcaster and art critic left behind a huge body of work, but sadly died of a heart attack aged 54. What a fascinating insight into a great artist.
Essay from Gold Sections kindly reproduced by Justine Hopkins, please contact me if you'd like a readable jpg 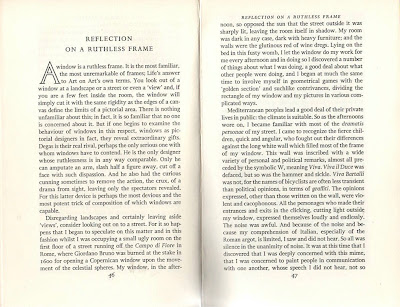 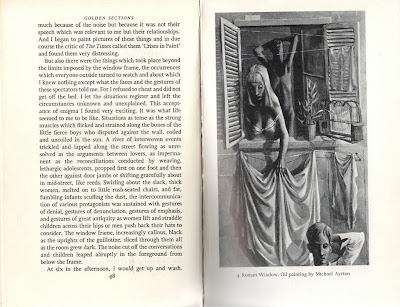 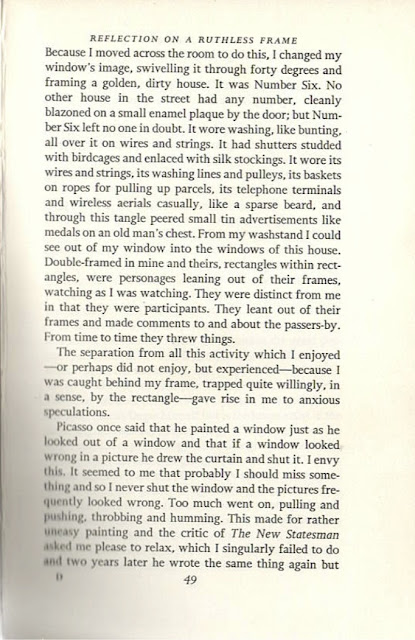 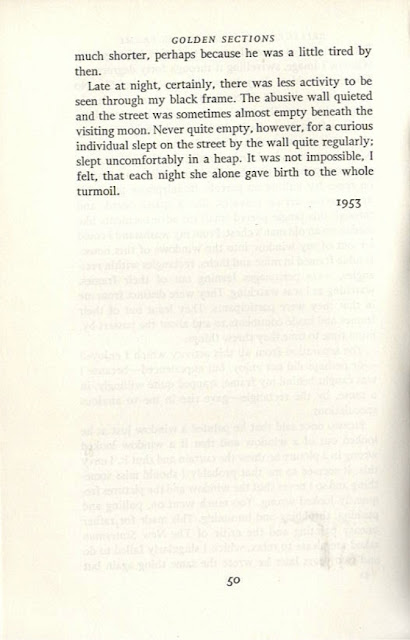 Posted by Friendsof Swindon Museum and Art Gallery at 13:53