We were very pleased to welcome Jeremy Holt back to give a second Zoom talk on 15 June to a group of Friends sitting comfortably in their own homes. This time Jeremy talked about the life and work of the artist Caspar David Friedrich, he began by telling us that he was bottom at art in school, and doesn't have an artistic bone in his body, however David ticks all the boxes for him. It's always good to hear people talking about their enthusiasms. There were of course photos, this I think is a self portrait. 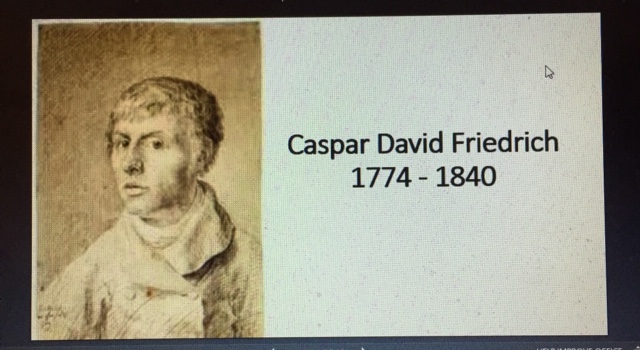 David's early life was marred by tragedy, he lost two sisters to smallpox and typhus and his mother died when he was 7, and his brother drowned when he was 13, and another brother committed suicide in his late twenties. This was the official summary of his life: 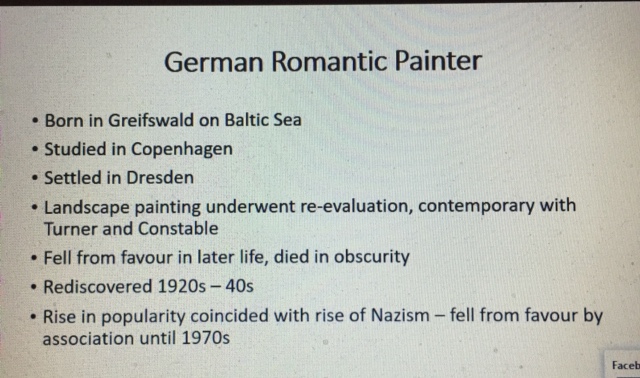 In 1808, David painted 'Monk by the Sea which gives an idea of his original style: 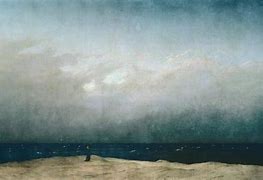 When he was born, Greifswald was in Sweden, and this most famous painting, seen below, 'Wanderer above the Sea of Fog' seen below and painted in 1818 shows someone wearing old fashioned German clothes which wasn't allowed apparently. I'm not sure what happened if you wore the clothes or painted someone wearing them, I must ask Jeremy. 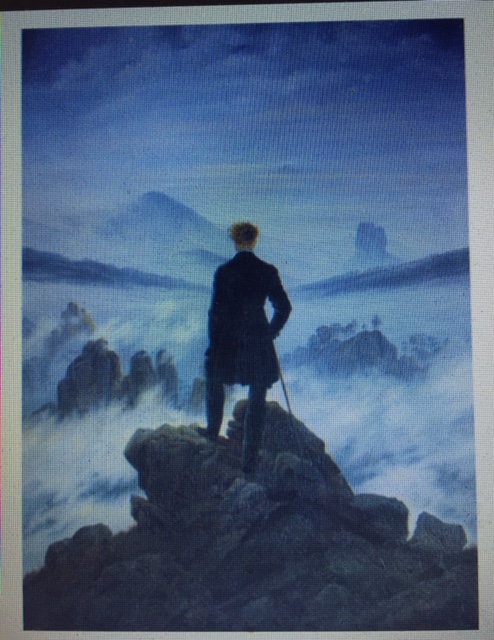 This painting below was painted after he go married aged 44 to Caroline who was 25, the woman on the left is wearing a bright pink dress, a change from the more sombre colours used before his marriage. If David is on the right, looking out to see, I'm not sure who is in the middle? 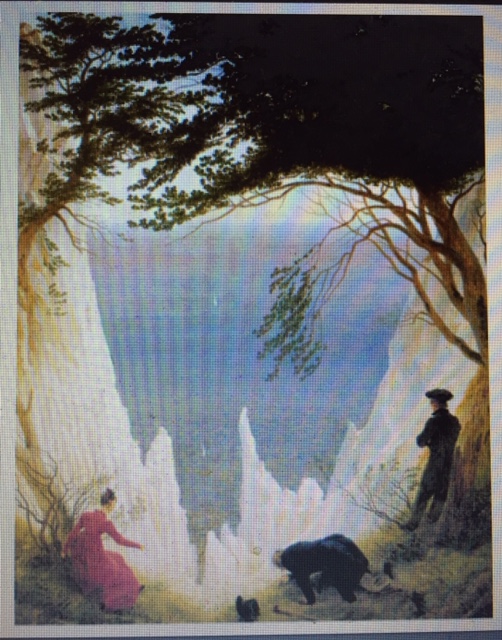 This is another example of David's work where he has used colour in the woman's dress. 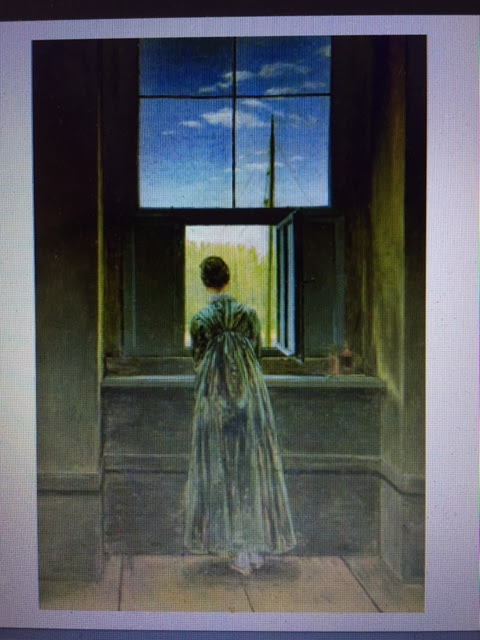 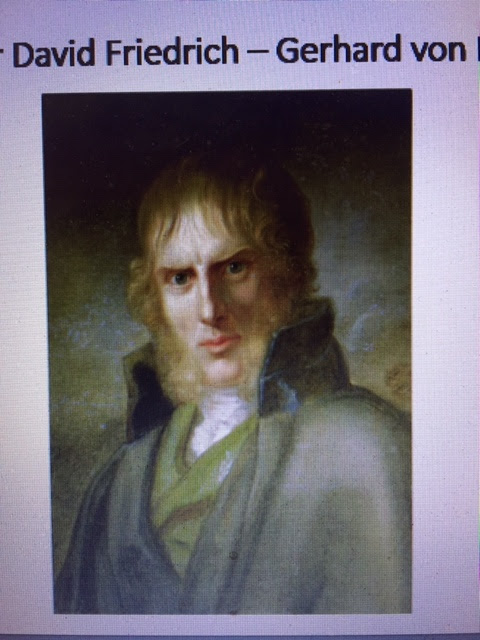 I'll also include a quote from Brittanica:
'Caspar David Friedrich, (born September 5, 1774, Greifswald, Pomerania [now in Germany]—died May 7, 1840, Dresden, Saxony), one of the leading figures of the German Romantic movement. His vast, mysterious, atmospheric landscapes and seascapes proclaimed human helplessness against the forces of nature and did much to establish the idea of the Sublime as a central concern of Romanticism.'
And finish by thanking Jeremy for a fascinating talk which can be seen here:
https://www.youtube.com/watch?v=HWbuSO1TxWE&feature=youtu.be

Posted by Friendsof Swindon Museum and Art Gallery at 03:16