Beauty of Nature: Incompetence of Painting, a Talk by Dr Mike Pringle

We were very pleased to welcome Dr Mike Pringle, a professional in the arts and heritage sector, for our November Zoom talk. For those not yet familiar with Mike, there's a great interview with him here where he talks about taking over the Richard Jefferies Museum over 10 years ago, and the way forward, and here's more information on the Green Rook website.

I slightly worried by the title of the talk, it's challenging, but being Mike, he researched it very well, and he treated us to a fantastic slide show of photographs, many of which appear in his latest book, out soon, and all taken by local photographers. I did my usual photographing from the computer screen, but it gives you an idea of some of the images Mike talked about.

Mike started by talking about a Lascaux cave painting estimated to be 17 thousand years old, and invited us to compare the depictions of the animals with what those animals may have looked like. 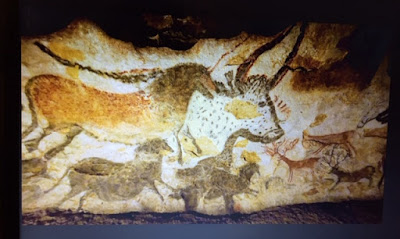 The next painting depicted two horses, the one on the left is fairly horse like, but the artist had clearly not seen a horse from the front. 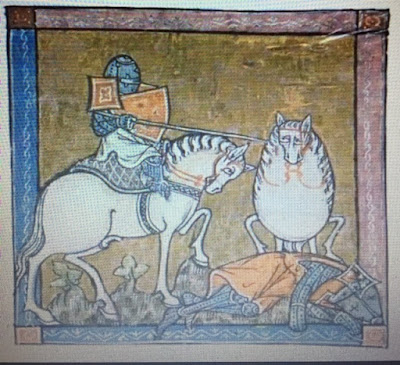 Depictions vary, and artists can produce photorealistic paintings of horses, do they capture the beauty of the horse? Mike then introduced the writer Richard Jefferies who grew up at the farmhouse depicted here by Tim Carroll. 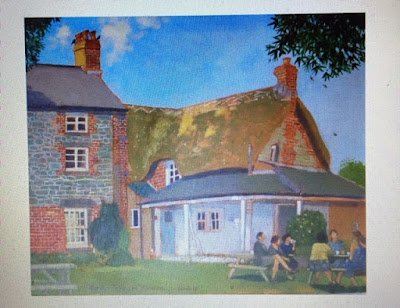 Jefferies loved the countryside around where he grew up, his parents were farmers, his sister Sarah painted these cattle seen below. 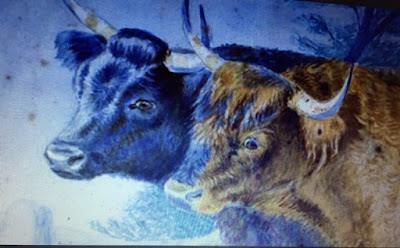 Jeffieries was a nature lover, he had a passion for the countryside, and created a fantasy world around Coate Water as Bevis. He is known for his depiction through words of the countryside around him, he was a landscape painter in words, and struggled to find words to describe the wonder of the natural world, just as a painter might struggle to find the right paint to depict a landscape. 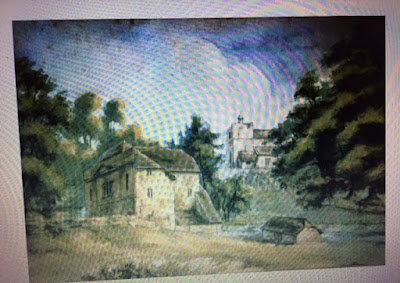 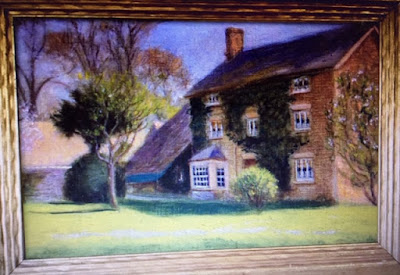 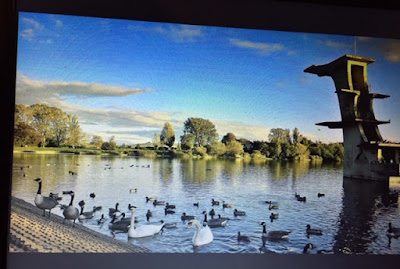 And below this is 'Gamekeeper's Cottage, Hodson' by Frank Quentin, I wondered when it cam eto this point whether Mike thought that Frank had captured the idyllic nature of the cottage. 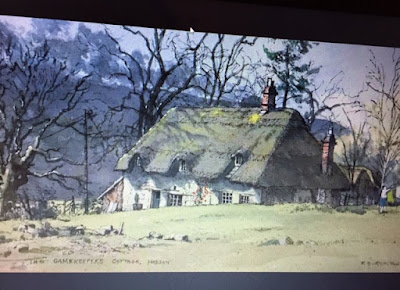 Mike used Tara Parker-Woolway's painting of Liddington Hill to compare a photo of the hill with Tara's painting. He wondered why she had transposed it, the reason being that Tara lives in Bourton and saw it from a different perspective. 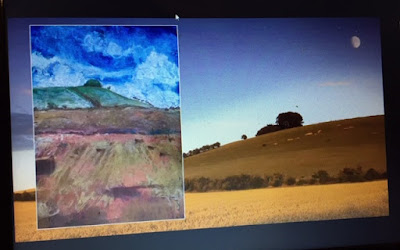 Below is Turner's depiction of a train, Mike felt this was an abstract painting, but I can see identifiable things in it. 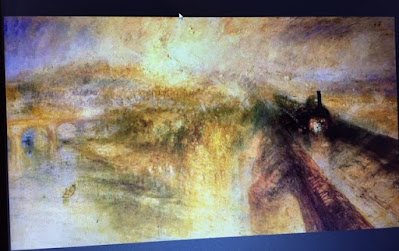 It was certainly a very thought provoking and fabulously illustrated talk. Thank you Mike. I look forward to the publication of your next book on Jefferies in 2021.

I hope this is a copy of the video of the talk, when you can find what Mike really said:

Posted by Friendsof Swindon Museum and Art Gallery at 10:14