The next Cabinet meeting is being held next Wednesday 1 December at 6pm at the Civic Offices, we are hoping to have a gathering outside beforehand from about 5.30pm. This is a link to the latest Cabinet paper, if you go down to item 10 and click on that, you will see the latest proposals for Swindon Museum and Art Gallery to be located in the whole of the top floor of the Civic Offices, where an estimated cost of the relocation is £400k, compared to £1.86 million in the Cabinet document produced in March 2019, click on the link and go down to item 72 to have a look

The SOMAG group released this statement:

Members of Save our Museum and Art Gallery (SoMAG) are bewildered by the paper going to Cabinet on 1 December.

“The figures just don’t add up,” said a SoMAG spokesperson.

“We have always said we will support the conversion of the first floor of the Civic Offices to a museum and art gallery, as long as it is being properly funded to provide appropriate gallery and exhibition space. The collections, which we Swindon residents collectively own, include internationally significant art, objects and artefacts which need  appropriate conditions and engaging interpretation and displays. SBC still have no budget allocated beyond making the space available, and their plans amount to no more than accessible storage.

“In March 2019 Cabinet were presented with five options for SMAG, and the most expensive one at £1,864,000 was the conversion of PART of the first floor of the Civic Offices. Cabinet rejected that option. But this new paper estimates that it will now magically cost £150,000 to convert THE ENTIRE first floor to a museum/gallery space, and an additional £250,000 to improve the lift so it’s suitable for carrying people, rather than just goods. So the cost of converting a larger space has fallen by £1,464,000 in the past two and a half years, yet there is no explanation of how that could be possible or how this new “estimate” had been arrived at.

“The option that Cabinet actually accepted in 2019 was to do some work on Apsley House (also including ensuring it has a working lift).  Those costs were estimated to be £400,000. This paper’s  current estimate for necessary reparations etc is now £450,000. So while the costs of converting the Civic Offices have plummeted, the cost of converting Apsley House has increased considerably. We can’t reach any other conclusion than that numbers are being plucked out of the air to suit a particular argument, rather than reaching an evidence-based decision.

“Finally, something else doesn’t add up financially. This report says Swindon South Parish Council can’t be allowed to run Apsley House until the new Cultural Quarter can be built, because Swindon Borough Council needs to sell Apsley House quickly and put the funds towards the Cultural Quarter. In fact the parish council has proposed leasing Apsley House from SBC and returning it when the council is in a position to commission construction of the new museum/gallery.

“So to sell Apsley House in the near future, when the Cultural Quarter is years or decades away – and remember, there is no funding in place for this aspirational project yet – seems indefensible. Property values tend to rise far faster than cash in the bank over the longer term, so the real value of the sale will almost inevitably fall, the sooner SBC disposes of it. It just doesn’t add up.”

Save our Museum and Art Gallery group, and on behalf of the 5,000+ signatories to the petition to

There have been a couple of Swindon Advertiser articles: 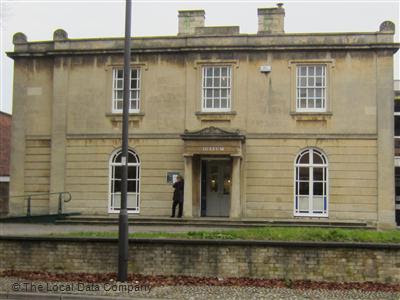 Posted by Friendsof Swindon Museum and Art Gallery at 12:47