Art on Tour Exhibitions and Talks

Art on Tour is hosting three exhibitions, the first of which is at STEAM, and opened yesterday. Please have a look at the Swindon Borough Council website for details. I tried copying and pasting the information, but it's too wide for the page!

The first exhibition, 'The Art of Industry' is at Steam Museum, it opened yesterday, and features work by Ken White and other artists. It celebrates Swindon's railway and industrial heritage.

I am grateful to Barbara Swann for these photos of the exhibition: 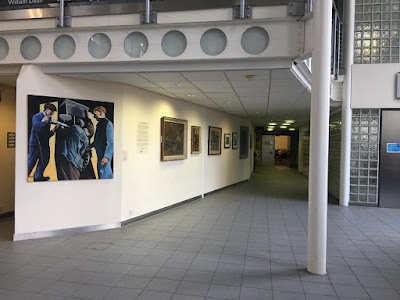 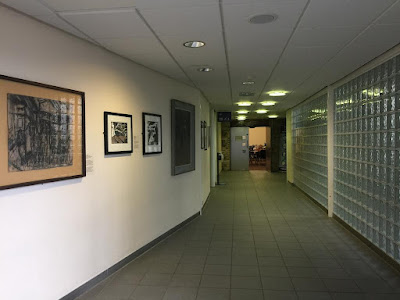 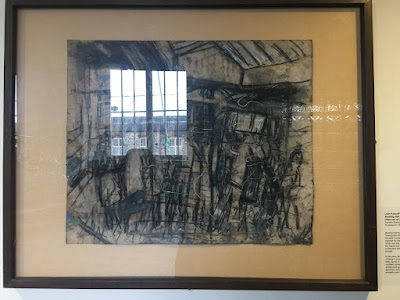 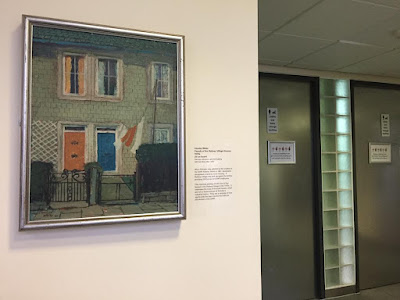 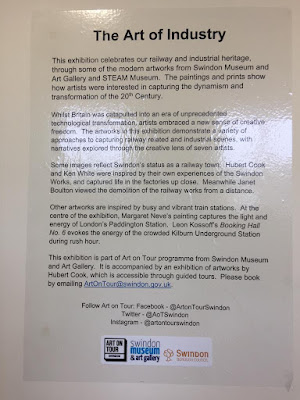 There's also a free lunchtime talks programme which can be found here. Note they do need to be booked in advance of the talk. Hope to see you at a talk!

Posted by Friendsof Swindon Museum and Art Gallery at 03:19 No comments:

In 2015, Grant Aston came to celebrate the entry of his ceramic piece: 'Radioactivitat' into the Swindon Collection, an evening written about here. The Contemporary Arts Society presented the piece through the Omega Fund, if you can click on the link to CAS, they see the piece as a linking between the ceramics collection and the modern art collection. It's very interesting to read what Grant wrote about 'Radioactivitat' and the inspiration for it going back as far as 1975 and the German electro music group, Kraftwerk who wrote a song of that name. At that evening, in 2015, I asked Grant if he would give the Friends a talk, he readily agreed, and gave me his card which I kept. Before the advent of Zoom talks, it was more difficult asking people to travel to give a talk, but now it's much easier, so after 6 years, we had a long awaited evening with Grant Aston to find out what he's done recently. 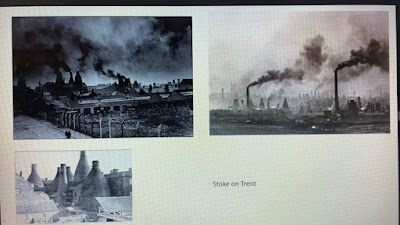 Grant was born in Stoke on Trent famous for its potteries, the website claims it's the world capital of ceramics. This certainly may have played a part in Grant's decision to take a BA at Cardiff in 1990-2002, and go onto do an MA in 2003 at RCA, this was followed by woodwork and gilding in his Camberwell studio. There was often a mix of paid work and following his own practice, which led him to create work made out of clay in girder shaped pieces, balancing structural and aesthetic elements. It needs a strong foundation to support itself because the clay is a weak material 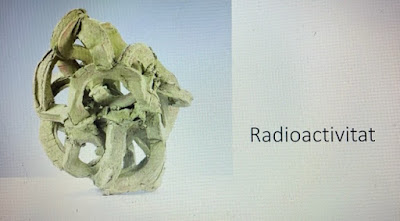 The piece above, Radioactivitat is the piece we have in the Swindon Collection, the effects of radioactivity on the body is exemplified by this piece. 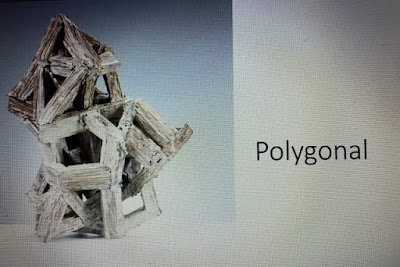 Grant went on to produce more pieces in the same vein, their size being limited somewhat by the size of his kiln and the floppy state of the clay used to build them. It must be quite a feat to make them stand up. Polygonal seen above echoes the buildings along the South Bank 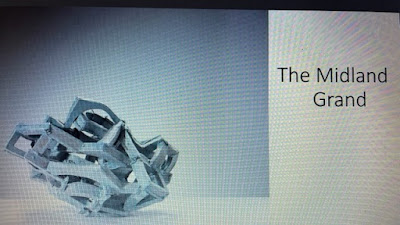 The Midland Grand was inspired by a station, maybe St Pancras? 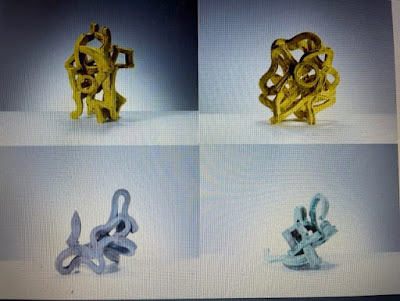 I find these shapes fascinating, so photographed lots of them, sometimes the clay was gilded, using Dutch gold leaf with antiquing fluid. 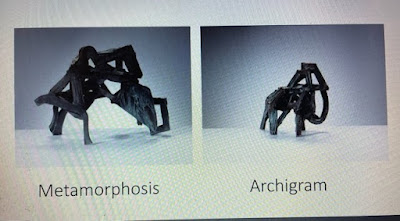 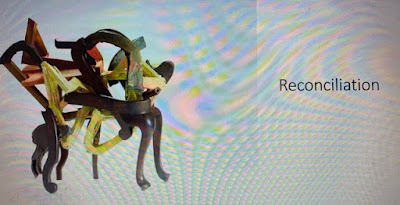 I have included a few of these pieces 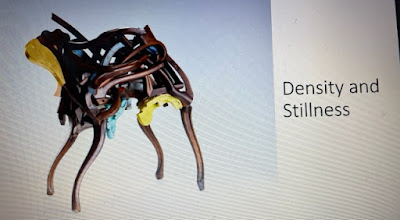 He joined the Haptic/Tacit Collective around 2015 and has had various exhibitions with the group. 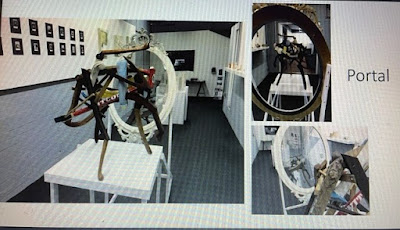 He's now moving to a new area of work, breaking out of brown furniture into something surreal. 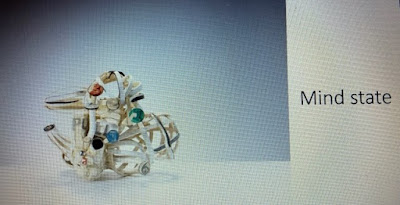 Mind state is an example of one his his newer pieces, He will be exhibiting in Norfolk in March this year, and we wish him every success in his work, and look forward to the next British Ceramics Biennial in 2023 which I hope we can visit.

Posted by Friendsof Swindon Museum and Art Gallery at 02:59 No comments: