A Visit to View the Roman Wine Strainer

Anyone who has been following the Roman Wine strainer restoration via blog post 1 and post 2, will remember that almost 20 years ago, a metal detectorist found a Roman Wine strainer and decided to donate it to Swindon Museum and Art Gallery, then at Apsley House. The Friends offered to pay for the restoration of the wine strainer, and went to check up on its progress at the Wiltshire History Centre in Chippenham in January 2020, when it was almost restored, but not quite. On finding out that it had been restored, collected and was now back in storage in Swindon, I asked if the Friends could see it.

The visit was arranged for Tuesday 15 February at lunchtime at Steam. It looks absolutely fantastic, especially when you consider it's 2000 years old, and looks just like something you'd use in the kitchen today, although in the last 50 years, we would have used aluminium or plastic. In Roman times, they would have had a range of alloys to use, but not aluminium because it needs electricity for its extraction. It has a green colour on it, so it contains copper, alloyed with something else.

Anyway here are a few photos of the wine strainer when we visited it, I'll start with my favourite photograph which shows the beautiful patterning of the holes: 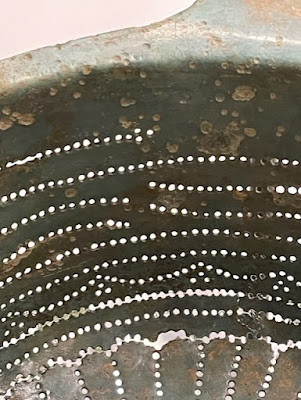 and this one gives some idea of the bottom part of the strainer: 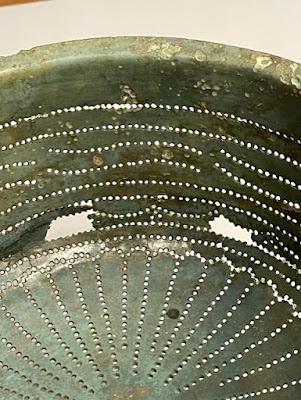 and this one shows it on its stand, specially made for it: 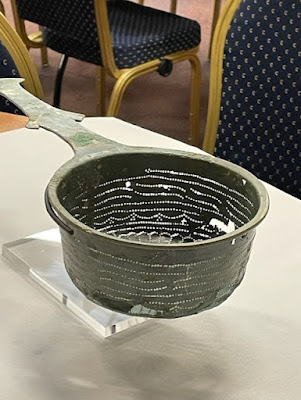 I'll add a few more, importantly one of the whole thing. I do like the handle, it's very simple, but rather lovely: 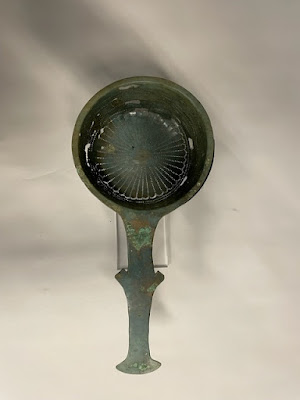 and a few more, with people in, this one shows Paula and Simon who hadn't seen it before 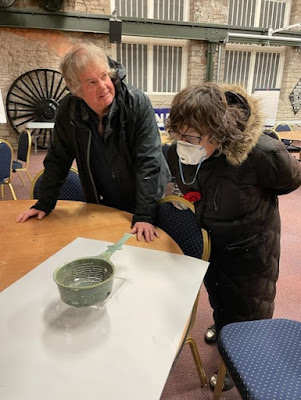 a different view of the wine strainer 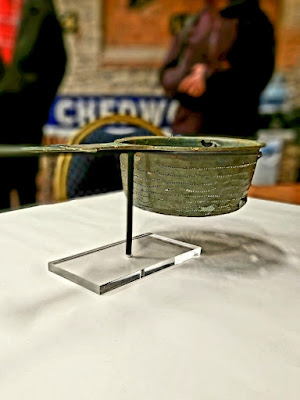 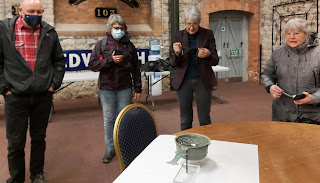 and this is a bit silly, it's a photo of me taking a photo, taken by Paula. 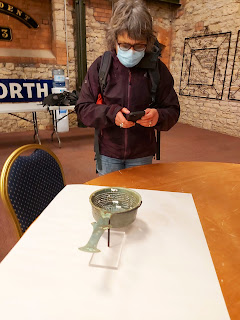 Not everyone was able to see the Roman Wine Strainer, I'm hoping it can go on display in a ceramics' cabinet at the Civic Offices

Posted by Friendsof Swindon Museum and Art Gallery at 12:42