When Apsley House, home of Swindon Museum and Art Gallery closed on 18 March 2020 in line with every other public building, because of Covid restrictions, we didn't realise that would be the last time we would be able to visit. It didn't reopen when restrictions were lifted in early 2021, and then when all restrictions were to removed on 19 July 2021, we learned it would never reopen, be emptied and the building sold as surplus to requirements.

The signs outside the building indicate the opening hours, but it never opens, the general public may think it does open occasionally. We met outside the building to remind people of its status, as closed, and how important we think a museum and art gallery are for the people who live here, and who used to like to visit it. An article in the Swindon Advertiser says this much more eloquently than I can do: https://www.swindonadvertiser.co.uk/news/20004480.cake-marks-second-anniversary-swindon-museum-art-gallery-closure/

We had large and small cakes to commemorate the event, and lots of people came along to support us. Here's a photo taken after we'd gathered and had a speech and started to eat the cake: 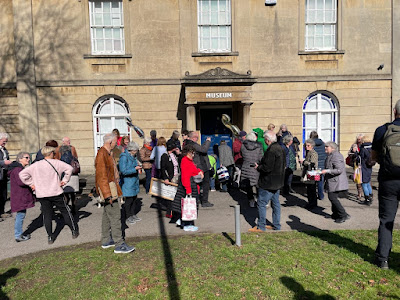 I took some more photos of cake with toppers on, I didn't know you could buy such things: 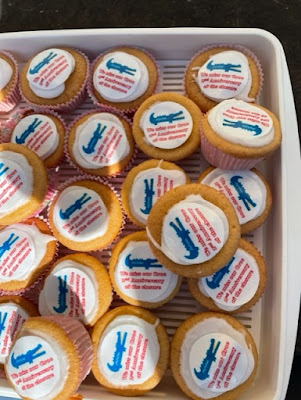 We also had iced cakes with flags in: 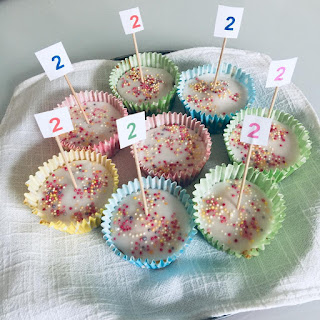 There was a card, held here by Angela Atkinson, says on the outside: 'On the 2nd anniversary of your closure' and inside 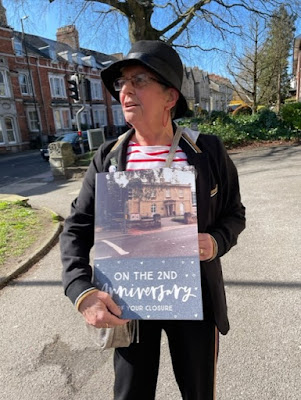 'Dear Apsley House, Two years ago today you were closed to us & we lost our museum and art gallery. We miss you #FreeOurCroc 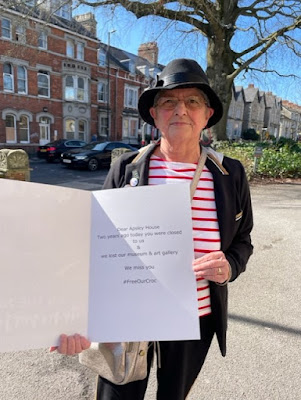 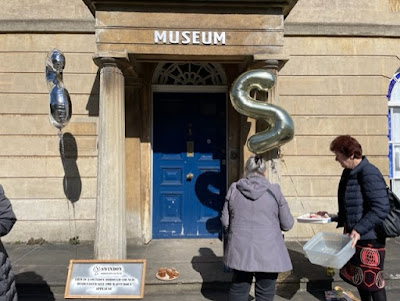 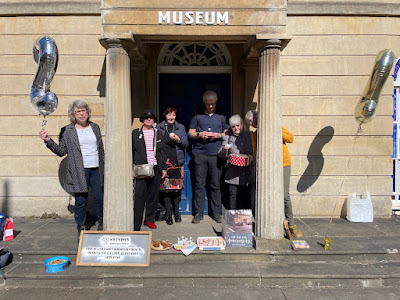 A sad day we felt we needed to mark.
There were biscuits with marzipan crocs on, and a croc suited supporter, hopefully Angela's blog will have those photos, please click here to find more content and photos.