David Dawson, Director of Wiltshire Museum in Devizes gave our March talk via Zoom on plans to relocate the museum, currently on 9 different levels to the former Assize Court, unused since the 1980s. At the moment, it's empty and a derelict shell. There is an excellent video on the Wiltshire Museum website where you can find out more about the plans from David Dawson, I was interested to see that plans for the renovation had been posted on boards on the outside of the Assize Court so people could read about them. It was fascinating to hear how David had an over view of the process of breathing new life into the old building; he sees opportunities and builds on them.

I took notes and photographed some of the slides, my favourite being this one below, people were asked about the proposals for relocation in single words, the size of the word indicates the frequency with which it was used, so the slide below gives a good indication of how they feel: 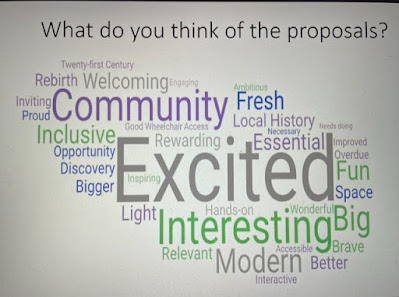 The slides that follow are ones used in the video and on the hoardings outside the Assize Court during the consultation. One of the interesting aspects of the building is that it has the canal behind it, it might be possible to use the rear of the building overlooking the canal as a way in. Along with image makers, they have created visualisations of how spaces will work, and how to use the spaces outside to engage with people. 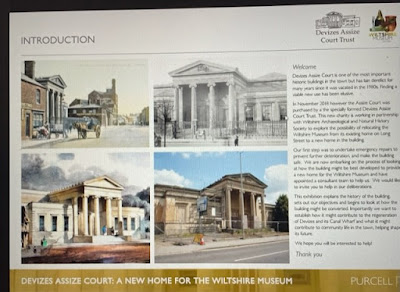 In this slide, you can see where the canal is situated in relation to the building which is a real asset; water being a great feature in any situation. Think of the Hepworth in Wakefield and how fabulous it is to see the river snaking around the building. 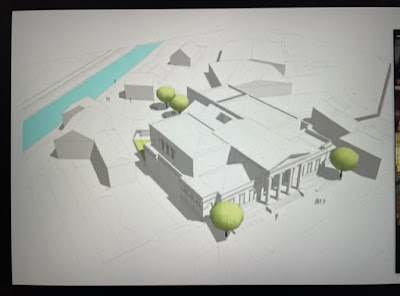 The next slide looks at the audience development report where people were asked if they visited the current museum and what would influence their decision to visit. Telling stories of Wiltshire came out very strongly, and providing interesting things for the children to see, for example leaving cells in the basement. Location and layout of the present museum is seen fairly obviously as a problem, which I feel has been largely overcome by a determination to make things happen. 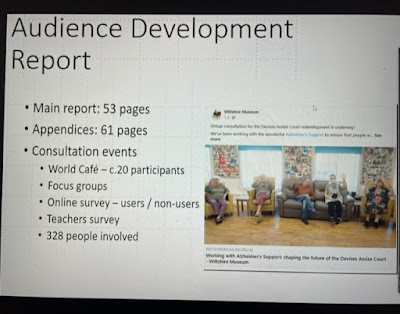 This slide looks at the potential audience for Wiltshire Museum 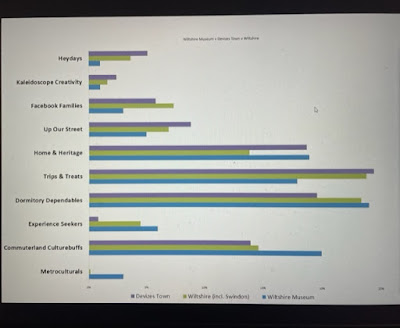 This slide below gives an idea of how people feel about the current museum which engages with about 20,500 people annually, it's seen in a very positive light as can be seen by the words people used to describe how they felt 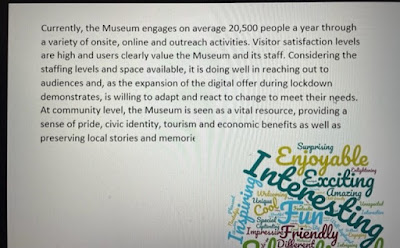 This slide which you can only see if you home in, asks questions about why people don't visit, and the reasons they give. 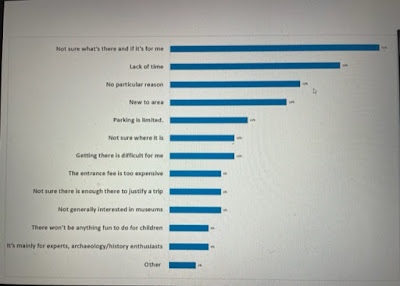 The next one asks why people do visit. 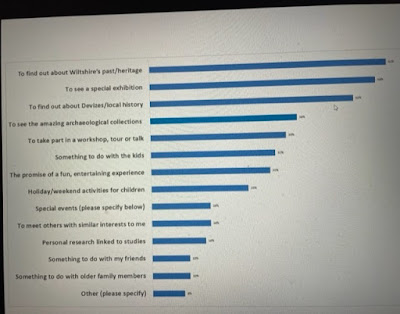 The next slide shows that twice as many people use the building as visit it. The shop is excellent and a great place to buy cards, books and other items. 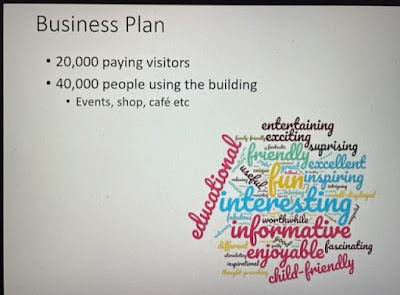 You may have visited the recent Ravilious exhibition, I visited it twice and thought it was fabulous. The Duchess of Cornwall visited and looks very happy being shown round by David Dawson. If you click on the link, you will find the duchess also visited the new cinema in Marlborough. 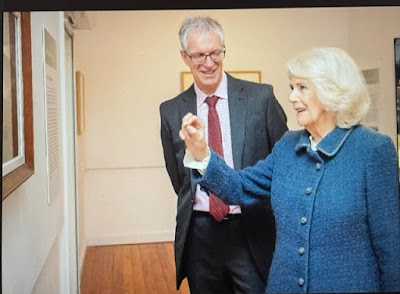 This slide was also very interesting, the figures are amazing and well deserved. If you put on exhibitions and advertise them, people will come, and spend money in Devizes town as well as in the museum. A calculation was made that it was worth £500k to the town in extra revenue. People eat and shop when they visit the exhibition.

Below a timeline and costings 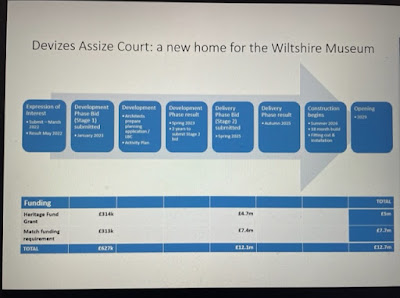 And what's coming up 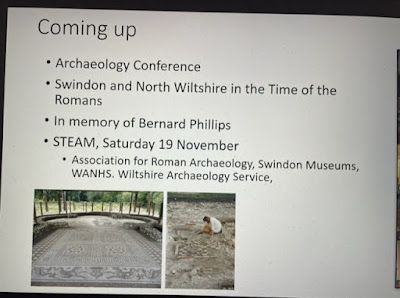 Including Hardy's Wessex which opens on 28th of May and is part of an exhibition in 4 museums. 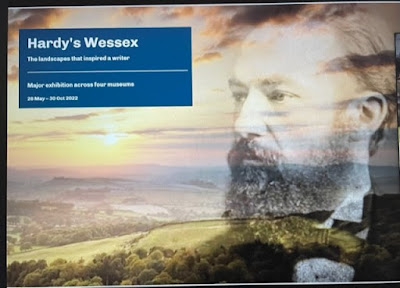 Lots of food for thought in the talk. We will follow the progress made towards a new museum for Devizes with interest, and wish David Dawson every success in moving this project forwards.

Posted by Friendsof Swindon Museum and Art Gallery at 04:46