In June, we were very pleased to welcome Martin Newman, information and data analysis manager at Historic England who was talking about the process of listing buildings to commemorate the 75th anniversary of the Town & Country Planning Act. 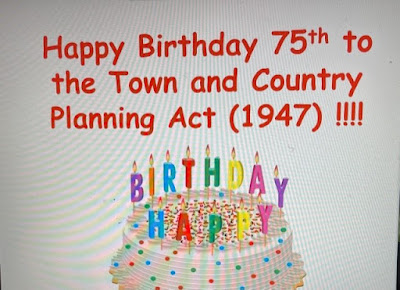 I took photos of the slides Martin used for his talk, and made notes, so I'll intersperse the slides with some of the notes I took. 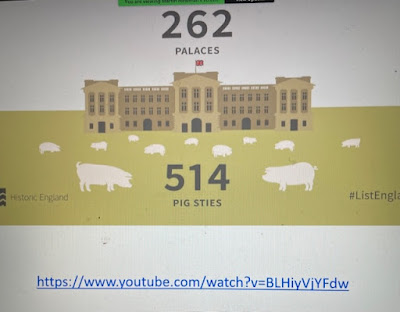 The idea of legislation has been to protect buildings and sites began in 1882 with the first Ancient Monuments Act. General Augustus Pitt-Rivers was appointed the first inspector of Ancient Monuments, Sites could be added to a Schedule if approved by the Privy Council in the presence of  Queen Victoria. The oldest complete list of scheduled monuments dates back to 1953 and, the last time they were published  in paper form was 1999. A comprehensive review of the the Schedule the Monuments Protection Programme was undertaken in the 1990s looking at whole classes of sites at a time to protect the best examples. This increased the number to nearly 20,000 sites. The Roman site at Groundwell Ridge is the most recent site in Swindon to be scheduled. 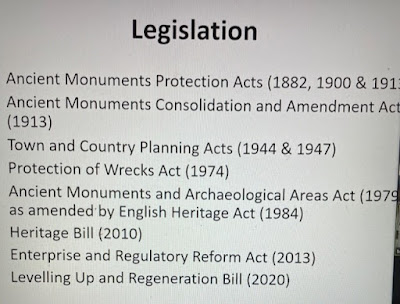 There is a National Heritage List for England which as you can see from the slide below is quite extensive. There are 19 World Heritage Sites in the UK, listed by UNESCO, there were 20 before Liverpool lost theirs recently. 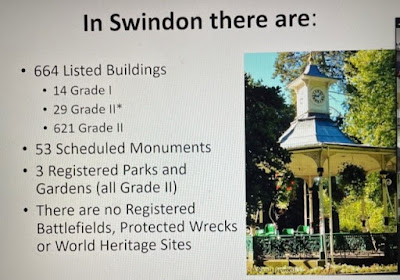 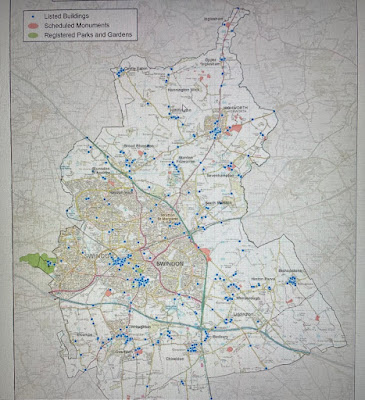 Photo of the Old Vicarage, the first listed building 75 years ago 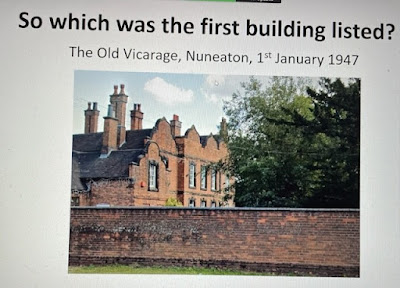 and just over 4 years later, 20 buildings were listed in Swindon, top of the list being Apsley House, the home of Swindon Museum at that time 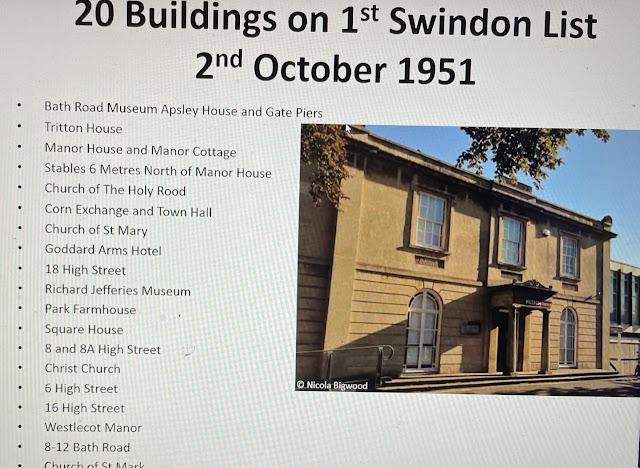 Below you'll see the Renault building, listed in 2013, the Crumpled Horn, the Mechanics and the Railway Village 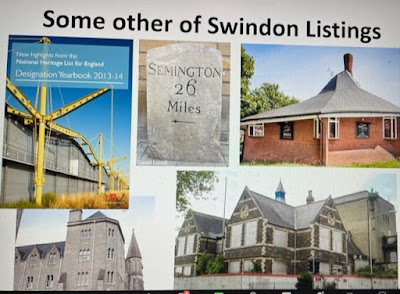 Not everyone thinks listing buildings is a good idea, the Civic Offices and the Oasis have been recent examples of listings in Swindon that haven't pleased everyone, and some were disappointed The Murray John tower was not listed. 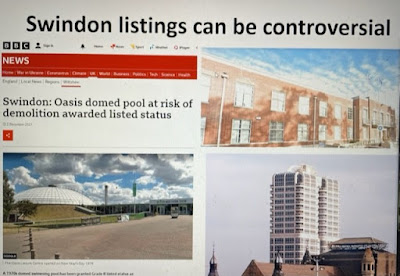 Misconceptions heard on property shows include if it's Grade 11 listing, it's only the outside that's protected, that you can change the parts of the interior that aren't original. That listing makes a building harder to sell and more expensive to do anything to it. 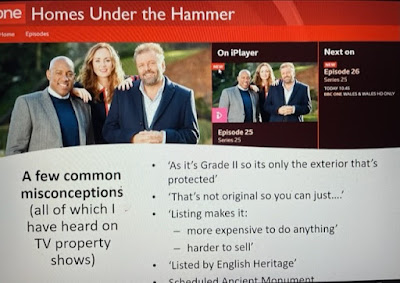 You can also list landscapes like Queen's Park and Town Gardens, which use the same grading system as listing. 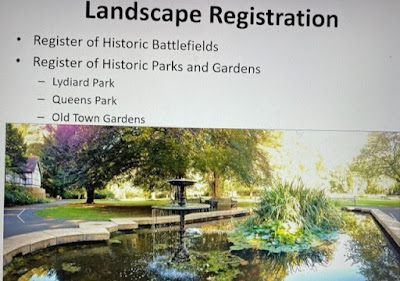 Heritage at Risk, there are 12 entries for Swindon, the Mechanics Institute being one. The  Corn Exchange isn't on the register as it is Grade ll and the register only extends to Grade ll* buildings outside London. 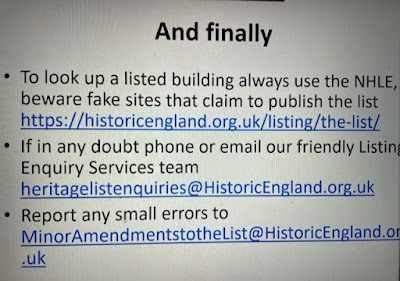 and Martin also mentioned that a building normally has to be 30 years old to be listed, it can be as 'young' as 10 years old.  The Conservation Areas were instituted in 1967, Old Town became a Conservation Area in 1969.
A fascinating insight into listing, and a valuable resource, thank you, Martin.

Posted by Friendsof Swindon Museum and Art Gallery at 03:07 No comments: